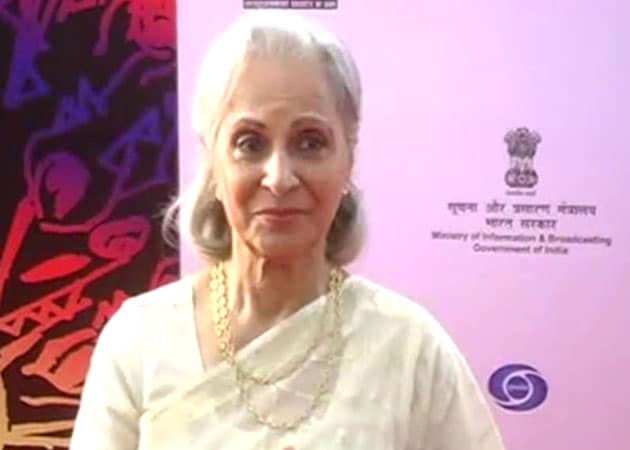 Waheeda Rehman received the Film Personality of the Year award

The 44th edition of the Indian International Film Festival has been declared officially open in Goa.

The 44th edition of the Indian International Film Festival has been declared officially open in Goa. The highlight of the starry evening was veteran actress Waheeda Rehman who became the first actor to receive the Centenary Award for the Film Personality of the Year, which marks Indian cinema's 100th birthday. Waheedaji received her award from Goa chief minister Manohar Parrikar, Information and Broadcasting Minister Manish Tewari and actress Rani Mukherji.
An emotional Waheeda ji said, "I feel very honoured. I want to include all the people I have worked with - my directors, producers and everyone on the sets without whom I would not be here."
The 10 day extravaganza got off to a grand start with Waheeda Rehman, Hollywood star Susan Sarandon and actor Kamal Haasan lighting the inaugural lamp. The opening ceremony was hosted by actors Rajat Kapur and Suhasini Maniratnam while Manish Tewari felicitated the stars which also included Rekha, Jackie Shroff, Alia Bhatt, Huma Qureshi, Asha Bhosle and Prem Chopra. Iranian director Majid Majidi and Czech film director Jiri Menzel were also a part of the star studded ceremony. 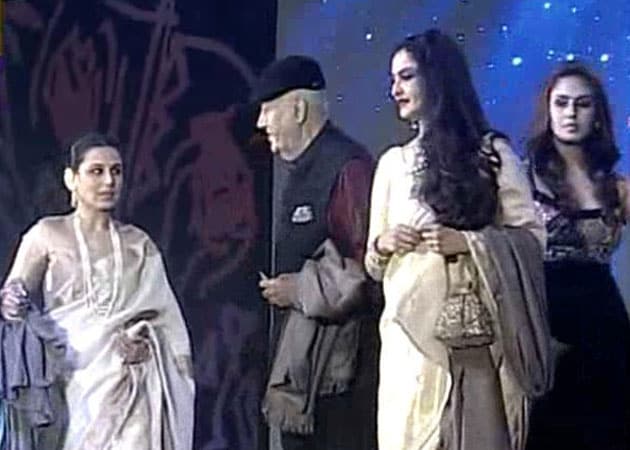 Rani Mukherji, Prem Chopra, Rekha and Huma Qureshi on the IIFI stage Chief guest and Oscar-winning actress Susan Sarandon began her address with " Namaste India" and received warm applause from the crowd. She praised India for its rich legacy of films and contribution to the world of art. 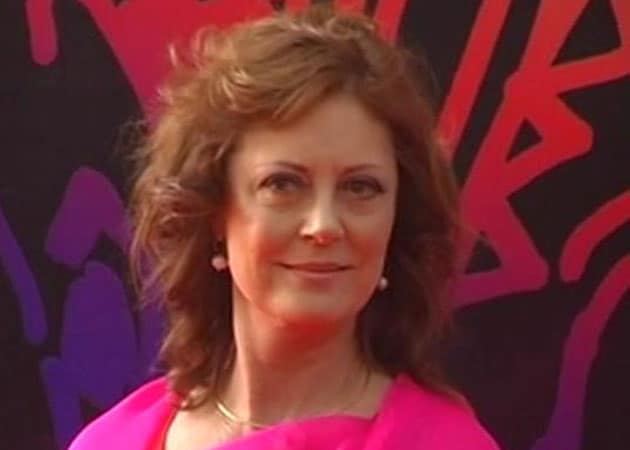 Kamal Haasan said he was overjoyed to be at the festival. "I have never been to any film school, I am a child of cinema," he added.
Music legend Asha Bhosle regaled the audience with her childhood memories of Goa back from the times when it was Portuguese territory.
A highlight of the ceremony was Kathak legend Pt Birju Maharaj's performance, specially choreographed to celebrate cinema's century.
The Lifetime Achievement Award for contribution to world cinema was conferred on Czech director Jiri Menzel by Sholay director Ramesh Sippy and his wife, actress Kiran Juneja. "I am happy to be here in India. I am happy that my work has been accepted so far away from my country," said Mr Menzel whose latest film The Don Juans will be screened at the festival.
Watch video