We need originality in our films: Anupam Kher 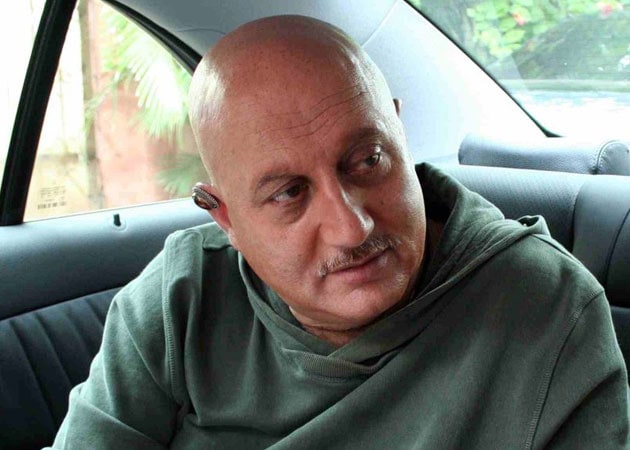 India needs to make movies that are original and come out of "our land, our issues, our problems" to shine at international platforms like the Oscars, says veteran actor Anupam Kher.

India needs to make movies that are original and come out of "our land, our issues, our problems" to shine at international platforms like the Oscars, says veteran actor Anupam Kher.
"It is sad that we needed Richard Attenborough to make Gandhi and win eight Oscars. It is important to have a certain kind of originality," Anupam Kher, whose debut movie Saaransh was India's official entry to the Oscars, told IANS in an interview.
"We need to make movies, which come out of our own land, our issues, our problems, our celebrations. However, now it is in a transition phase and we see that happening. Let us all hope for good. It is very difficult to please 1.2 billion people. I am optimistic that we will manage to do that," he added.
The actor is basking in the glory of his Hollywood film Silver Linings Playbook, also featuring Robert De Niro and Bradley Cooper. Anupam plays a psychiatrist called Patel in the film that has won various honours at the Golden Globes, Critics' Choice Awards and the Screen Actors Guild Awards.
"It is primarily my first American film and it has been on a winning spree at various award functions. It is a great sense of achievement and I feel happy and proud. It is satisfying to be a part of such a film with such a cast. It also makes you feel proud as an Indian."
"Also in the given frame of work, it (role of Dr Patel) is a very important role in the film even if it isn't a long one," he added.
In a career spanning over three decades, Anupam, 57, has been a part of international projects like Bend It Like Beckham, Bride And Prejudice, Conquest, Lust?, You Will Meet A Tall Dark Stranger and, most recently, Silver Linings Playbook.
With him, several Bollywood actors like Amitabh Bachchan, Irrfan, Anil Kapoor and Anupam have also been seen in American and British movies.
"It is a happy change. But I personally feel it is a demand and supply situation. They require Indian actors. I don't think they are changing their working formula to help Indian actors fit in," he said.
"I don't think they make films thinking let's take an Indian actor today or a Chinese actor today, I think that's not their agenda. But, yes, Silver Linings Playbook has given me recognition internationally and that's a great sense of achievement," he added.
Anupam made his Bollywood debut in 1982 with the heartwarming Saaransh. He was just in his 20s but played the role of an elderly man who loses his son and struggles to collect his ashes to great acclaim.
He played negative roles like Karma and Hum. And then went on to do comedy roles in Ram Lakhan and Lamhe.
His recent release Special 26 is doing well.
Anupam Kher says he has never planned anything.
"I believe in working and nobody can strategise life. In a profession like this, you can never think like that; and I also don't lead my life like that. I don't really plan that I have to do this or after that kind of cinema, I want to do a different kind of cinema. I believe in working and with work comes good work. I am proud of everything that I have done," he said.