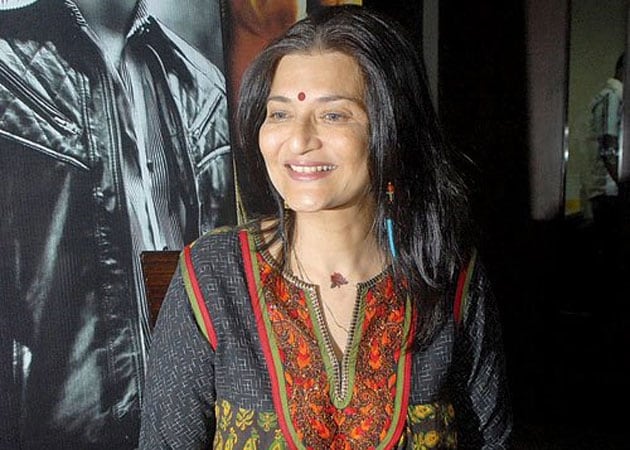 This is an industry and we can?t afford to be prudes, says Sarika. (Photo: Mid-Day.Com)

Sarika defends the need for contemporary Bollywood films to have item numbers.

Sarika defends the need for contemporary Bollywood films to have item numbers.
The first thing that strikes you about Sarika is her gorgeousness. And then her no-nonsense attitude. She makes it very clear that she'd rather talk about her upcoming item number in her next than field personal questions - not even about daughter Shruti Haasan. The light-eyed veteran talks to us about the prevailing hypocrisy in the industry when it comes to item songs, her journey so far and more.
What's your opinion about having an item girl in a film?
Who am I to have a say? No, seriously, let me tell you why exactly they are in our films: Because they work! This is an industry and we can't afford to be prudes. There is a wide spectrum of audiences out there and different types of cinema cater to different sorts of people.
So the question of judgement doesn't arise?
Exactly! We shouldn't put a certain section of actors in a bracket and judge them as a good or bad influence. They are there because they are entertaining. Nobody is doing anybody a favour. It's a basic matter of choice and taste.
And why exactly did you agree to an item song?
I've always loved Dama dam mast qalandar and it goes back a long way. Since I got an opportunity to be associated with this number after so many years, I thought why not? Besides, there can't be a bigger reason for me to choose something than out of sheer love.
Given your age, wasn't there any kind of hesitation?
Why should there be any? There are too many incentives involved, especially when you have someone like Bejoy Nambiar helming the project. I totally trusted his vision and the result is for all to see.
Is it true that Bejoy had approached you earlier for a role and you rejected it?
Yes, he called me before but it didn't work out. And then he recently called me again, talking ruk ruk ke. Perhaps he thought I'd not agree to this one either but he was surprised that I was more excited about it than he was!
Do you think too much before choosing a film?
I think a lot before deciding on a script because if the film doesn't work, people are going to say 'Sarika kuch jami nahi film mein'. Nobody's going to put the blame on the scriptwriter or point out that the character wasn't well written.