What Anushka Sharma, Virat Kohli Have To Say In New Year Special Videos

Anushka Sharma and Virat Kohli are currently holidaying in Uttarakhand 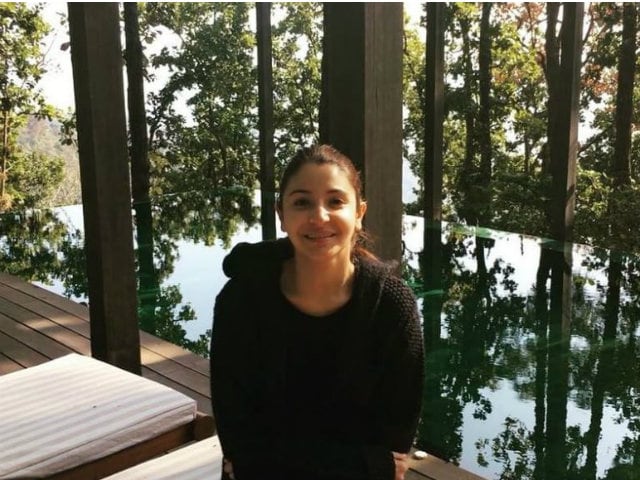 2016 had been a good year for Bollywood actress Anushka Sharma with two blockbusters - Salman Khan's Sultan and the Karan Johar-directed Ae Dil Hai Mushkil opposite Ranbir Kapoor. The 28-year-old actress, who is currently holidaying in Uttarakhand with cricketer and boyfriend Virat Kohli has a special message for all her fans on New Year. The couple were rumoured to be getting engaged on Sunday. However, Virat dismissed the reports from as "false and confusing" and in a tweet, he wrote: "We aren't getting engaged & if we were going to, wouldn't hide it. Simple... Since news channels can't resist selling false rumours & keeping you confused, we are just ending the confusion."
Here's how Anushka wished everyone on New Year:


That was a silent wish sorry ! Reposting . #happynewyear

Meanwhile, like Anushka, Virat also had a message for all his fans:

This is what Virat had tweeted after their engagement rumour made the headline on Thursday evening.

Anushka and Virat's engagement rumours started when a picture of them with a priest was circulated on social media. On Christmas Eve, Anushka, and Virat, both 28, reached Dehradun.

Here are some pictures from their vacation diary:


In the end, It's all about cherishing the simple things in life #nature

Merry Christmas everyone . Have a good day


Another year. Another chance to make life even brighter and better. Work hard, play harder. Envision it, manifest it. Let's make the most of it. A Happy New Year to all of you from me and my boys! #keeplookingforward #begooddogood

It's the first day of 2017 and I want to wish you all a very happy new year. I actually dropped my phone while running into the sea.

Happy New Year everyone! 2017 may you be as looney as us #yolo #bhajan @ashieshshah @pali_india

Not only Bollywood, the television stars are also welcoming the New Year with full fervour.
Divyanka Tripathi and her husband Vivek Dahiya are holidaying in Paris.


Fabulous food, magnificent views at the architectural beauty on 31st floor... @AquaShard! A surprise by hubby that swept me off my feet! Felt like dancing like a baby when I to behave like a lady!

A photo posted by Divyanka Tripathi Dahiya (@divyankatripathidahiya) on Dec 30, 2016 at 7:16pm PST

Also, Divyanka co-stars from Ye Hai Mohabbatein, Karan Patel and Anita Hassanandani are in Amsterdam with their respective partners.