What Dhoni Learnt About His Parents From Biopic Starring Sushant

"When Neeraj came to me for the film, I told him, 'Ask whatever you want to ask but beyond that I want this film to be your own.' I answered all his questions and then he took it ahead," said Dhoni 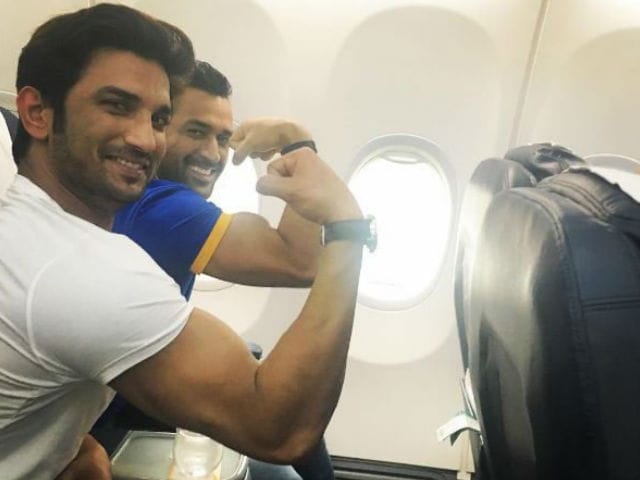 This image was posted on Twitter by Fox Star Hindi

Mahendra Singh Dhoni's life is coming on the big screen with Neeraj Pandey's MS Dhoni: The Untold Story, but the Indian ODI captain says he did not interfere much with the director's vision.
Dhoni, one of world's most celebrated cricketers, has co-produced the biopic, which stars Sushant Singh Rajput in the titular role.
"When Neeraj came to me for the film, I told him, 'Ask whatever you want to ask but beyond that I want this film to be your own.' I answered all his questions and then he took it ahead," the 35-year-old cricketer said at an event to launch the film's trailer.
Dirrector Neeraj Pandey and actor Sushant Singh Rajput were also present at the do with the film's producers.
Dhoni shared the most special part about the movie is that it made him learn what his parents feel about his journey in to the cricketing world.
"I never knew what my parents thought about me when I was getting into cricket or what they felt about my journey. I never asked them. Through this film, I got to know. So, this was a new angle for me in the movie. It was the most special bit," he said.
The event was held Sushant's school - DAV Kulachi Hansraj Model School.


1st floor,2nd classroom was mine, fond memories,feels good when ur school welcomes u back with love #MSDhoniTrailerpic.twitter.com/HI69QCU9vM

Interestingly, Dhoni studied in the Ranchi branch of DAV and this was the reason the trailer was unveiled at the Delhi school.
The cricketer got nostalgic at the function as he reminisced the "best days of his life."
"I think my schooling years were the best times of my life. My coach at school told me that I should play cricket and from there things began. So, I will never forget this part of my life," he said.
Dhoni also spoke about importance of extra-curricular activities, including sports, in school. "My school encouraged sports and other activities, and I feel that's how it should be everywhere. Sports should not be looked down upon," he said.
MS Dhoni: The Untold Story also stars Anupam Kher, Bhumika Chawla, Rajesh Sharma and Kiara Advani. It is set to release on September 30.
(Except for the headline, this story has not been edited by NDTV staff and is published from a syndicated feed.)