As Farah Khan completes 25 years in the film industry, she recounts some of her best memories 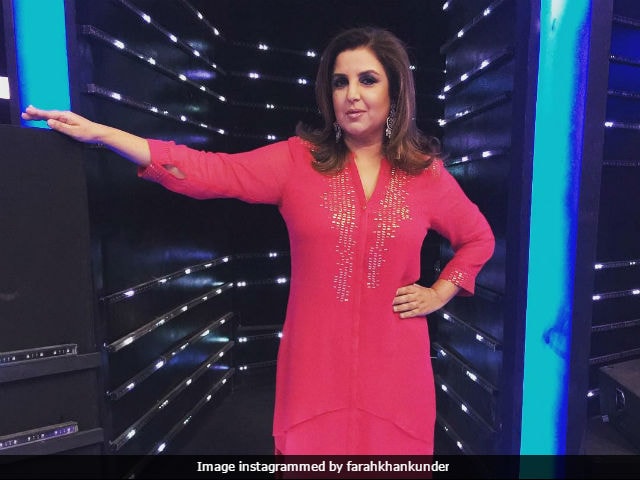 Pehla Nasha from Jo Jeeta Wohi Sikandar is considered one of the best love songs of Hindi cinema. Women fell for young Aamir Khan when they saw him in this song, dancing casually and madly in love in a red sweater. It's considered a picture perfect shot and, of course, Pooja Bedi had her Marilyn Monroe moment, which had guys going head over heels for her. The iconic song from the super-hit 1992 film became extremely popular not just for Jatin-Lalit's melodious music, it also stood out because of the way Farah Khan choreographed the lead stars. She landed this choreography assignment by chance and the rest, as they say, is history.
Jo Jeeta Wohi Sikandar released on May 22, 1992. With this, Farah Khan completes 25 years in the film industry. She recounts some of her best memories for NDTV.com, "I have so many memories, I will have to write a book just on memories. But here are the best memories that I can recount for you - choreographing my first song (Pehla Nasha), directing my first film (Om Shanti Om), winning my first award, choreographing on top of a moving train (Chaiya Chaiya) and when the whole industry came to do a cameo for a song in Om Shanti Om, I felt grateful and proud. All these are landmark moments for me."
We also asked her what's the one thing that she has never done in these 25 years. She replied, "What I have never done and don't ever intend to do is ass licking and sycophancy. When I work with someone or cast someone, I believe in their talent and not just their success."
Now, 25 years later, Farah Khan is a household name. She has made movies, worked with the biggest stars of the industry, judged reality shows and even done cameos in movies. She shares her biggest learning from all these years in Bollywood, "Biggest learning is that you still have to work as hard even after 25 years, maybe harder."
Here's to many more years for Farah Khan.