What Fight? Arjun Rampal Says He And Purab Kohli Are 'Solid.' Rock-ing On, As Ever 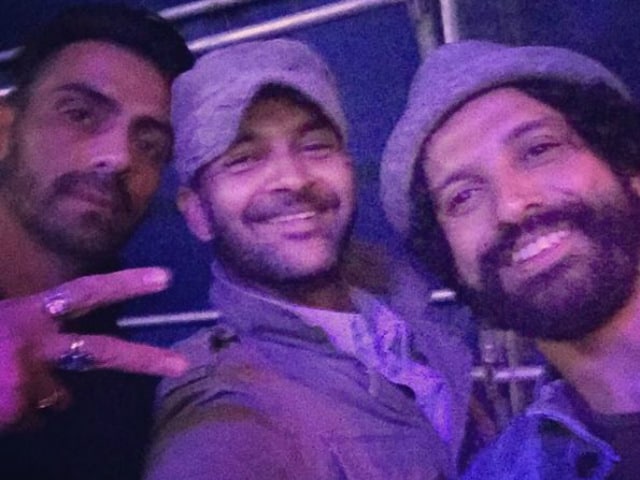 Arjun Rampal and Purab Kohli fought on the sets of Rock On 2, forcing Farhan Akhtar to intervene - except this never happened, as per Arjun.
The 43-year-old actor scoffed at reports of a showdown between the co-stars in a tweet on Wednesday:


Lol, fighting with @Purab_Kohli what I read.Well don't fight with my band mates.We solid. #fakenews#rockon2

The feeling is mutual, said Purab:

Earlier this week, a report on mid-day quoted a source as saying: "Purab and Arjun had a spat in front of the entire crew. When things got nasty, the two actors decided to make a quick exit from the location. The shoot came to a grinding halt following the episode."
In Rock On 2, Arjun and Purab will reprise their roles as guitarist and drummer of the band Magik, while Farhan returns as the frontman.
Actress Shraddha Kapoor joins the cast of the sequel to the 2008 music drama and she will be singing her own songs in the film. Rock On 2 also includes actress Prachi Desai, who played Farhan's wife in the first part.
Directed by Shujaat Saudagar, Rock On 2 has wrapped shooting and will hit theatres on November 11.