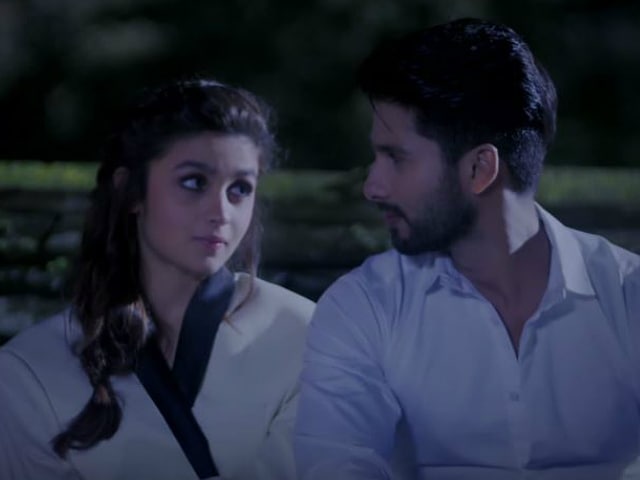 Alia Bhatt and Shahid Kapoor in a still from Shaandaar.

In the new song from Shaandaar titled Neend Na Mujko Aaye, insomniacs Alia Bhatt and Shahid Kapoor go for a date. But first we see how Alia and Shahid spend their Shaandaar sleepless night. Once they give up, here's what happened on their date, on top of a roof

"Actually I'm an insomniac," says Alia Bhatt in the new song Neend Na Mujko Aaye from her upcoming film Shaandaar and Shahid Kapoor replies, "Kya baat kar rahi ho. Ye mujhe bhi hai."
The next one and a half minutes we'll see how Alia and Shahid spend their Shaandaar sleepless night. The song has bucketful cuteness as we see Alia reading books, listening to music and eating bananas by the torch light.
Though Alia may have lost her battle to insomnia and found ways to keep herself entertained, Shahid still fights to sleep, but to no avail. (Also Read: Shahid and Alia to Have a Shaandaar Coffee Date at Midnight)
Eventually, we find the two insomniacs on top of a roof (with owls hooting in the background) and then what Alia says made Shahid smile: