After Working With Kajol, Shah Rukh Told Aamir Khan: "She is Very Bad" 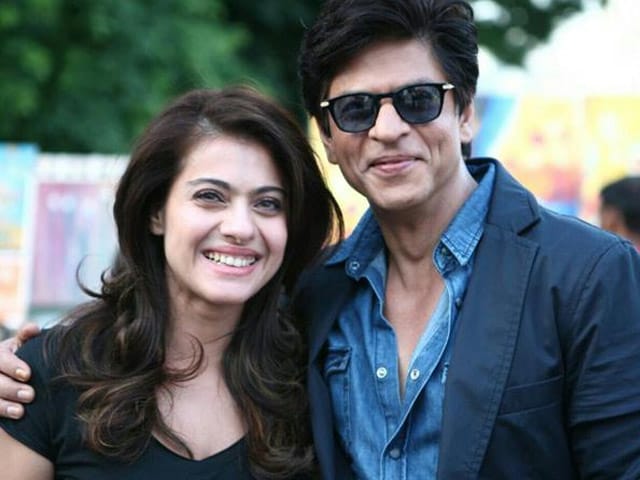 "I miss Kajol in every film. With this film she gave us 150 days. She had to be away from her children and I know it is a huge sacrifice for a parent. We are restless people who want to do more films. Earn more money. But Kajol is a rested soul," said Shah Rukh Khan

Actor Shah Rukh Khan said that he misses working with Kajol and that the actress is magical on screen.
One of the most celebrated on screen couples of Bollywood, Shah Rukh and Kajol will soon be seen in Rohit Shetty's Dilwale. The film reunites them after 2010's My Name Is Khan.
Shah Rukh and Kajol recently celebrated 20 years of Dilwale Dulhania Le Jayenge by recreating the iconic poster on the sets of Dilwale. Shah Rukh said that it was a coincidence that brought them together in Dilwale.(Also Read: 20 Years Later, DDLJ's Raj and Simran are Still the Same)
"I miss Kajol in every film. With this film she gave us 150 days. She had to be away from her children and I know it is a huge sacrifice for a parent. We are restless people who want to do more films. Earn more money. But Kajol is a rested soul. She doesn't care about these things. We are thankful that she took time out for this movie," said Shah Rukh.
Shah Rukh and Kajol have worked in films like Baazigar, Karan Arjun, Kuch Kuch Hota Hai and My Name Is Khan.
However, SRK said that he did not have a good impression of Kajol when he met her for the first time.
"When I was working with her in Baazigar, Aamir Khan asked me about her as he wanted to work with her. I left him a message saying that she is very bad and has no focus. You will not be able to work with her. And then I saw the rushes in the evening. I kept calling Aamir to clarify. I told him, I don't know what it is but she is magical on screen," said Shah Rukh.
"Kajol is not technical. She is an honest actor and that's a great quality. My daughter (Suhana) wants to become an actress and I would want her to learn that. I hope I learn that from Kajol. I can't explain but she is something else on screen," added Shah Rukh.
Kajol said that she liked her role in Dilwale.
"I wanted to do something that would be unpredictable and different. Something which I had not done before. I liked my role in Dilwale. With Shah Rukh and Rohit, I was in my comfort zone. I can tell them when something is not working. That communication was there," said Kajol.
The actress also recalled how she became friends with Shah Rukh on the sets of Baazigar.
"I remember Shah Rukh and other actors had a huge hangover when they came on the sets and I was jabbering away in Marathi with his make-up guy. They were like 'what is that voice. It is going to split open our heads'. He was very grumpy but I kept chatting and finally he said, 'will you please shut up. Chup Ho Jao'. I think that's how we became friends," added Kajol.
Shah Rukh interjected with his side of the story and said that Kajol has not changed over the years and he still has to ask her to 'shut up.'
"I am not very talkative in personal life. Kajol will have an upper hand when it comes to talking over all of us. Even now, I have to tell her to shut up," said Shah Rukh.
When asked whether they have changed in the last 20 years for the better, Kajol said, "I hope we have. I don't talk any less. We have become better actors and better people. I always say that he is one of the best actors that we have today. It is a joy to work with him and is a learning process."
Dilwale also features Varun Dhawan and Kriti Sanon, and is scheduled to release on December 18.