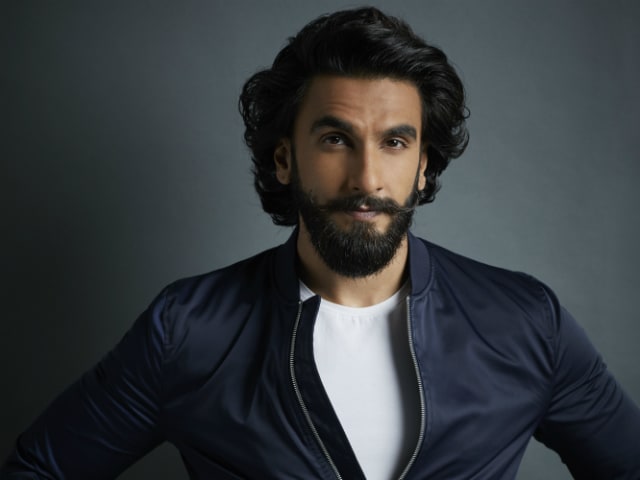 Ranveer Singh plays the role of Alauddin Khilji in Padmavati

Ranveer Singh will next be seen as the power-hungry historic conqueror Alauddin Khilji in Sanjay Leela Bhansali's period drama Padmavati, whose shooting is currently underway. Ranveer, who is known for his expressive and outspoken persona, is somewhat of a dreaded figure on the sets of Padmavati once he gets into the skin of the character. The crew of Padmavati finds Ranveer dressed as Alauddin Khilji to be quite intimidating and "stay away" from the 31-year-old actor till shoot is over. The actor's spokesperson shares: "Once he gets into his Khilji look in costume and make-up and is ready to go on set, people almost stay away from him unless needed and things quieten down as he is so compelling in his character when he slips into the skin of Alauddin Khilji. It's not easy, becoming so intense every day."
However, Ranveer is known to add a lot of enthusiasm on sets with his energetic persona, a fact which filmmakers unanimously agree upon. "Ranveer is a complete team player, a leader and a dynamic source of energy on the sets. When he gets on set everyone loves interacting with him and laughs and jokes around with him like usual," the spokesperson added.
In Padmavati, Ranveer co-stars with Shahid Kapoor and Deepika Padukone, who is his rumoured girlfriend. Deepika features in the titular role of Rani Padmavati while Shahid has been cast as her husband, Raja Ratan Singh.
Ranveer and Deepika are co-stars of Bajirao Mastani and Ram Leela, both of which are helmed by Bhansali. Padmavati is scheduled to release in November 2017 - not date has been officially released yet.