What Hrithik Roshan Says About Feud With Kangana Ranaut

Hrithik Roshan, 42, has spoken out about a controversy about his sending actress Kangana Ranaut a legal notice after an alleged failed relationship. The actor's statement says,"Dignified silence is dignified up to a point, but there comes a time when the silence needs to be broken to protect one's name, family and image" 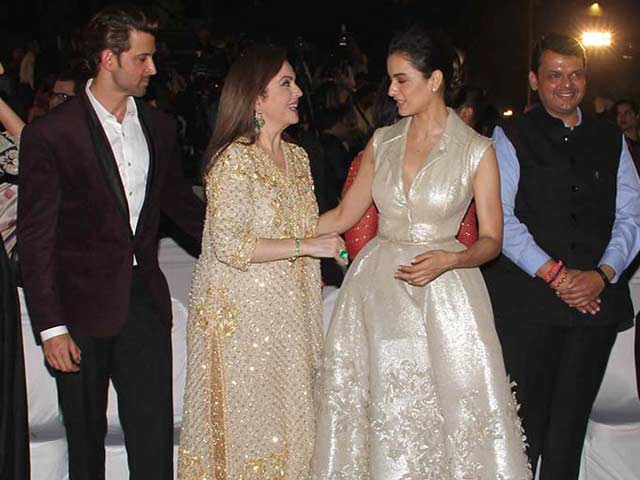 One of the two actors involved in the romance gone wrong story that is currently occupying public attention has made a public statement. Hrithik Roshan, 42, has spoken out about a controversy about his sending actress Kangana Ranaut a legal notice after an alleged failed relationship. (Also Read: Hrithik Roshan and Kangana Ranaut: Her Friend Reveals Explosive Details)
Hrithik's statement says: "Out of respect for everyone involved, I followed the legal path to resolve the matter in question so as to keep it private. It was a breach of ethics to reveal the contents of a private legal notice. Dignified silence is dignified up to a point, but there comes a time when the silence needs to be broken to protect one's name, family and image."
The actor also alleges that it was a 'breach of ethics to reveal the contents of a private legal notice' which he sent to Kangana because she referred to him as a 'silly ex' in an interview.
Hrithik's statement comes in the wake of explosive revelations made by an unnamed friend of Kangana to Mumbai Mirror. The source claims that Hrithik asked Kangana to marry him, hacked her e-mail and had her shadowed.
Hrithik has defended himself by alleging that an imposter mailed Kangana: "The crux of the matter is that the mail id hroshan@email.com does NOT belong to me. I had filed a complaint in this regard with Mumbai Cyber Crime cell on 12 December, 2014 when I learnt of this impersonator communicating with said person. I have absolutely NO CONNECTION with this ID. The entire issue stems from a case of identity theft which has carried over to me. My complaint was reactivated on March 5, 2016 and the crime unit has made headway in tracking this person down. Once that is done, the matter can be laid to rest."
He also denied Kangana's friend's allegation that he told the outspoken actress that she had Asperger's Syndrome: "And finally, I believe that mental health is a grave and crucial issue which merits serious discussion. I would never address it flippantly nor use it as a personal attack. Any allegation to the contrary is a misrepresentation of facts. I was requested to keep silent and I did so for 2 years," stated the actor.
According to the Mumbai Mirror report, Hrithik pursued Kangana while they were filming Kites in 2009. In January 2014, he allegedly followed up with a wedding proposal in Paris. The romance then reportedly derailed over rumours about Hrithik and Bang Bang co-star Katrina Kaif. It allegedly ended finally because of controlling behaviour on Hrithik's part.
Hrithik Roshan, last seen in Bang Bang!, stars in the Ashutosh Gowariker-directed Mohenjo Daro this year. Kangana, who co-starred with him in Krrish 3, delivered 2015's first 100 crore film Tanu Weds Manu Returns and is now making Rangoon, directed by Vishal Bhardwaj.