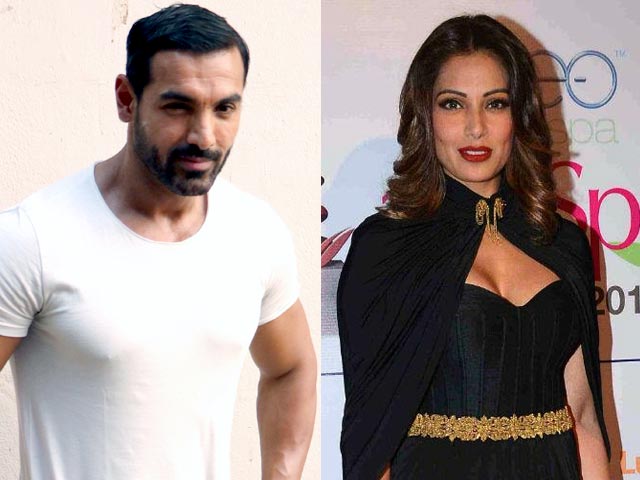 Actor John Abraham ignored a question about his ex-girlfriend actress Bipasha Basu's wedding.
When John was asked by reporters in Mumbai at an event on April 18 about Bipasha's wedding, the 43-year-old actor evaded the query. He did not look interested at all in answering the question. Instead, he pushed the mike, looked away and walked off.
John and Bipasha reportedly dated for 10 years before separating. After their break-up, John and Bipasha have often avoided talking about each other in public.
John and Bipasha have worked together in films like Jism, Madhoshi and Aetbaar.
John married Priya Runchal, an investment banker, in 2014. Bipasha will marry her Alone co-star Karan Singh Grover on April 30. (Also Read: Inside Pics: The Best of Bipasha Basu's Bridal Shower)
Meanwhile, John will soon be seen in Rohit Dhawan's Dhishoom, co-starring Jacqueline Fernandez and Varun Dhawan.