What Kriti Sanon Says About Her Role In Bareilly Ki Barfi

Kriti Sanon, who is all set to star in Bareilly Ki Barfi after Raabta, said that she plays her role in the film is 'very tomboyish' 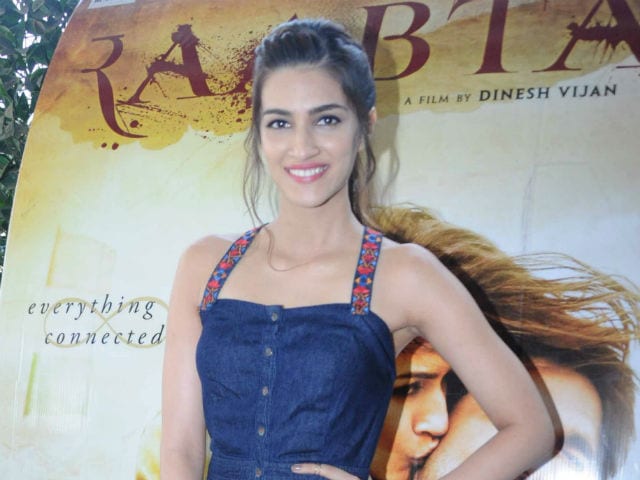 Kriti Sanon, who is all set to star in Bareilly Ki Barfi after Raabta, said that her role in the film is very 'fresh,' reports news agency IANS. "It's a very tomboyish character. She is a girl living in Bareilly but doing things on her own terms. She is someone who is quite bratty and who questions the basic norms. What I really like about the film is also the fact that every relationship is shown very nicely. Also, for me to play a UP girl was very fresh," Kriti said. The 26-year-old actress is currently promoting Raabta. She stars opposite Sushant Singh Rajput in the film. Raabta hits the screens on June 9.
Kriti Sanon co-stars with Rajkummar Rao and Ayushmann Khurrana in Bareilly Ki Barfi. The shooting of the film began last year in October. The film is a romantic-comedy set in Bareilly, a town in Uttar Pradesh. This is the first time that Kriti, Rajkummar, Ayushmann will be working together. Bareilly Ki Barfi is directed by Ashwiny Iyer, the maker of Swara Bhaskar's Nil Battey Sannata.
Bareilly Ki Barfi is scheduled to release on July 21. The film will hit the screens along with Tiger Shroff, Nawazuddin Siddiqui and debutante Nidhhi Agerwal's Munna Michael.
Kriti Sanon debuted opposite Tiger Shroff in the 2014 film Heropanti. She has also featured in a music video, titled Chal Wahan Jaate Hain, opposite Tiger Shroff. Her last release was Shah Rukh Khan and Kajol's 2015 film Dilwale. Kriti was paired opposite Varun Dhawan in the film.
(With IANS inputs)