What Salman Khan's Friends and Family Have to Say About Acquittal

Salman Khan's sister Arpita thanked fans for their support: "Thank you to all bhai's and the family's well-wishers for your prayers, support, love and best wishes. This wouldn't have been possible without you" 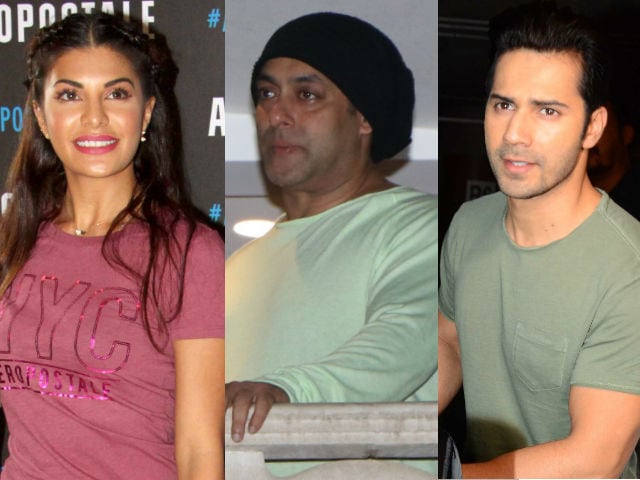 Actor Salman Khan's acquittal in two poaching cases polarized Twitter on Monday but Bollywood was undivided in its support of the 50-year-old Sultan star.
The Rajasthan High Court overturned a previous conviction which sentenced Mr Khan to five years in jail for shooting endangered blackbuck and chinkara while filming Hum Saath Saath Hain in Rajasthan 18-odd years ago.
Mr Khan's family and Khan loyalists from the film industry ranged themselves behind him.
Actor Varun Dhawan, whose father David Dhawan who directed Salman Khan in films like Biwi No 1, told the press: "I think the law has to take its course. It's the court's judgement and we have to respect it. So I respect the court's judgement." Varun was in New Delhi promoting his new film Dishoom.
His co-star Jacqueline Fernandez, Mr Khan's heroine in 2014 film Kick, was also asked but refused to comment.
Salman Khan's Yuvvraaj director Subhash Ghai tweeted:


Thank You God for always showering us with your grace & blessings. Today is a big day for us @BeingSalmanKhan

Thank U to all bhai's & the families well wishers for your prayers , support,love&best wishes.This wouldn't have been possible without you.

Salman Khan was accused of killing chinkaras in two separate incidents. One animal was said to have been killed at Bhawad on the outskirts of Jodhpur on September 26, 1998 and the other at Ghoda Farms on September 28, 1998. He was shooting for the film Hum Saath Saath Hain at that time.
Mr Khan was last seen in Eid release Sultan, playing a Haryanvi wrestler.