What Shah Rukh Khan Tweeted About Salman After 'No Judgment' Comment

"I myself am speak such a lot (inappropriately), who am I to judge him on this? Personally speaking, I don't think I am anyone to comment on this. I am so inappropriate myself. I have said some really wrong things also," said Shah Rukh Khan 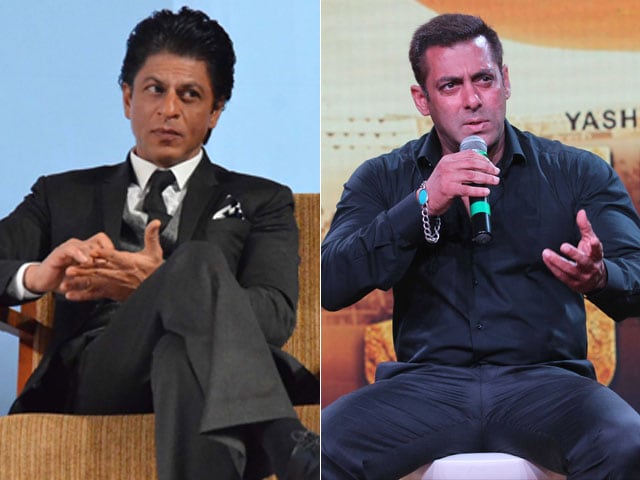 Should actor Salman Khan apologise for having compared himself to a "raped woman" while filming Sultan? His colleague Shah Rukh Khan says he isn't qualified to offer an opinion.
SRK, 50, told reporters on Thursday: "In the last few years I have come to realise that I have made so many inappropriate comments myself. I don't think I am someone to sit in judgement for anybody else's comment. To be really honest, it is not about taking sides."
"I myself speak such a lot (inappropriately), who am I to judge him on this? Personally speaking, I don't think I am anyone to comment on this. I am so inappropriate myself. I have said some really wrong things also," SRK, who has made the films Karan Arjun and Hum Tumhaare Hain Sanam with Salman, told reporters on Thursday.
Hours later, he tweeted this reaffirmation of brotherhood:

Last year, Shah Rukh Khan was criticised for his remarks on intolerance, when he told NDTV in an exclusive interview that "religious intolerance, or intolerance of any kind, is the worst thing and will take us to the dark ages."
Two weeks ago, Salman Khan, also 50, described filming Sultan's wrestling scenes in these terms: "When I used to walk out of the ring, after the shoot, I used to feel like a raped woman. I couldn't walk straight."
He was summoned by the National Commission of Women on Wednesday but failed to appear. He sent a lawyer's letter in response about which, the women's body chief Lalitha Kumaramangalam, said, "from the first prelude of the letter, he hasn't apologised."
Salman has been summoned again by the National Commission for Women on July 8.
Salman Khan has been criticised by actor Kangana Ranaut, director Anurag Kashyap and singer Sona Mohapatra. Others, like Nawazuddin Siddiqui, Sonu Sood, Subhash Ghai and Pooja Bedi, have taken his side.
Salman's brother Arbaaz excused the comment in this manner: "There are some things which we say while talking but we should look at the intention - why was it said? I definitely have no doubt that whatever Salman said, the intention was not wrong. It was just the kind of (statement) where we compare things - 'I worked like a donkey' so now people will say you used the word donkey so some animal activist will come after you."
The actor's father, writer Salim Khan, tweeted an apology and appealed for forgiveness on his son's behalf.
Watch: