Shah Rukh Khan, whose film Raees hit the screens today morning said, "I have just 5 chapters left. I started writing 20 years ago, they were just incidents" 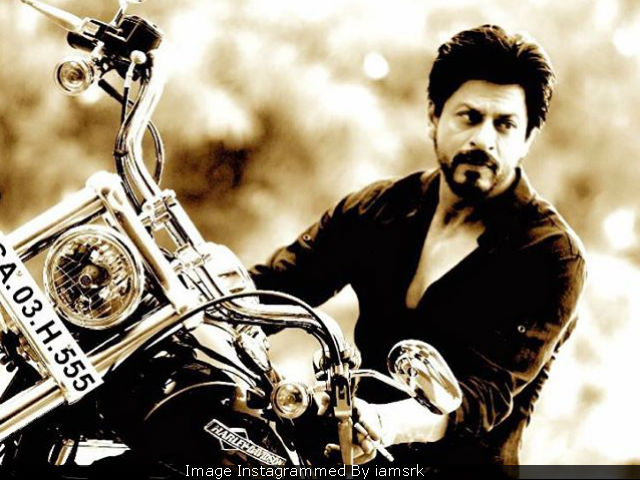 As we await the verdict on the box office clash between Raees and Kabil, Shah Rukh Khan, who celebrates 25 years in the industry, has a simple approach towards his work. The 51-year-old star says he does films for 'dhan, man' and critics' reviews. These days, however, he's had to change his strategy somewhat. In an interview to NDTV, SRK said, "Dhan ke liye jo filmein ki, woh toh chal nahi rahi so I have left those. Reviews mujh se samjhe nahi jaa rahe - acchhi filmon ke liye bhi gaali dete hain toh ab main sirf apne liye filmein kar raha hun (Films I made for money didn't work so I've left those. I don't understand reviews - good films get insults so now I just make films for myself). Deven Verma (his co-star in Dil Toh Pagal Hai) told me ki film karo jo tan ko bhaaye, ek jo man ko bhaaye, ek jo dhan ko baaye - sirf teen filmein karna saal mein. Toh main abh jo bhi miljaati hai - tan man ya dhan - kar leta hun. I haven't got the money spinners in a long time." wryly honest.
It's true that despite being a marquee name, Shah Rukh Khan's presence in a film no longer guarantees a big opening or makes mega-bucks comparable to the hundreds of crores pulled in by Aamir Khan's Dangal or Salman Khan's Sultan. His last few films - Dilwale, Fan and Dear Zindagi - didn't make the sort of money his previous films have - 2013 blockbuster Chennai Express, for instance. But Shah Rukh Khan is nothing if not wryly honest.
So we asked him, with Bollywood's seemingly mass producing tell-all autobiographies, if we could expect one from Shah Rukh Khan soon. SRK said, "I have just 5 chapters left. I started writing 20 years ago, they were just incidents. The last 5 chapters are on my work .The chapters I initially wrote are anecdotes about life, there is philosophy and incidents. It's like a film - it has flashbacks, an interval and climax. The chapters related to my work are boring." As always, we think he was joking but we're not entirely sure.
In their own books, Rishi Kapoor has blamed Amitabh Bachchan for not crediting his co-stars and Karan Johar has written about the end of his friendship with actress Kajol. An SRK autobiography, the actor said, won't be as explosive. "Mine may not ruffle feathers. After all, I am Rahul, I share love. But yes, whosoever is mentioned in my book will receive a chapter and they would have to sign it, ratify it and give their consent. It would be the first of its kind. I also attend functions taking permission so how can I release a book without permission?" Shah Rukh Khan said. Is this book really being written, SRK? Just tell us, please.
Shah Rukh Khan also spoke about his Pakistani co-star of Raees, Mahira Khan, who said that she was spoilt by Team Raees and missed them during the promotions. "Mahira is everywhere. She is in the songs, in the promo but this promotion required a different spin. After all, the underlying love story is between me and Nawaz (Nawazuddin Siddiqui, who plays a cop in the film)," SRK said.
Video: Watch Shah Rukh Khan on why he makes films