What will happen to Sanjay Dutt's films in production? 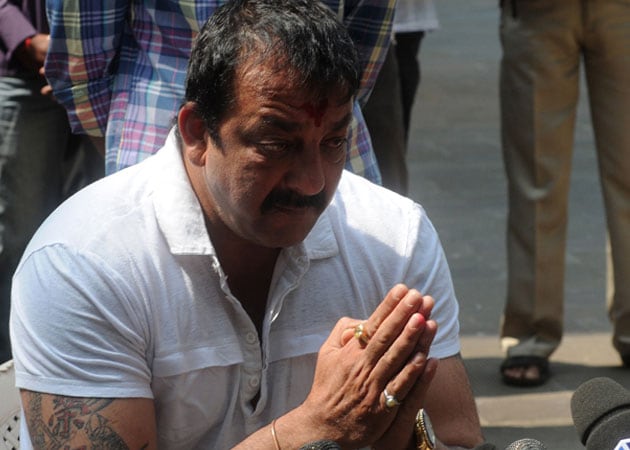 The actor has assured his producers that he will complete the pending projects before he is imprisoned.

Sanjay Dutt, who has been sentenced to five years in jail in the 1993 Mumbai blasts case, has big movies like Zanjeer, Peekay, Policegiri, Ungli, Ghanchakkar and Munnabhai Chale Delhi lined up for 2013-14.

Sanjay Dutt, who has been sentenced to five years in jail in the 1993 Mumbai blasts case, has big movies like Zanjeer, Peekay, Policegiri, Ungli, Ghanchakkar and Munnabhai Chale Delhi lined up for 2013-14.
The actor has assured his producers that he will complete the pending projects before he is imprisoned. Sanjay Dutt has been given four weeks to surrender.
Sanjay Dutt will reprise the role of Sher Khan (originally played by Pran) in the remake of Amitabh Bachchan's 1973 hit film Zanjeer. The shooting of the movie has been completed and is presently in its post-production stage. The remake also stars Priyanka Chopra and Telugu actor Ram Charan Teja and will release in May.
The actor was on his way to start dubbing for Zanjeer in Filmistan studios today (March 28, 2013), when he broke down as he addressed the media, saying he had not applied for a pardon and would abide by the decision of the Supreme Court.
The actor will also be seen doing a supporting role in Rajkumar Hirani's Peekay, which has Aamir Khan playing the lead along with Anushka Sharma. Sanjay Dutt has already shot for his part on the movie featuring odd couple Vidya Balan and Emraan Hashmi.
TP Aggarwal's movie Policegiri, starring Sanjay Dutt and Prachi Desai, has about 17 days of shooting left. The producer had earlier told IANS, "I am not keen to talk about the budget for the film, but it should be around Rs 25 crore. But as I said before, I am not bothered about the film, I am only worried about Sanjay Dutt."
Sanjay Dutt has not yet started shooting for Dharma Productions' upcoming movie Ungli, which is being directed by Rensil D'silva. Still in it's pre-production stage, the movie could easily see Dutt replaced with another actor.
But the biggest casualty may be Munnabhai Chale Delhi, the third film in the blockbuster comic Munnabhai series starring Sanjay Dutt as the titular underworld don-made-good and Arshad Warsi as his loyal sidekick. The first two films, Munnabhai M.B.B.S and Lage Raho Munnabhai, revived Sanjay Dutt's status as a leading man and earned him praise from the highest quarters.
Subhash Kapoor, who is reported to be taking over from Rajkumar Hirani as director of the third installment, told IANS: "I can't imagine Munna Bhai series without Sanjay Dutt. But unfortunately, things are not in our hands."
"I will have to speak to the producer Vidhu Vinod Chopra about it. I can't take a call on that. In the next two days, we will have a chat and discuss what needs to be done. Our film has not yet gone on floors, but just imagine about other producers and directors, who have done films half-way with Sanjay," he added.
Sanjay Dutt was arrested in April 1993 under the Arms Act, three weeks before the superhit Khalnayak, starring him, Madhuri Dixit and Jackie Shroff, released. He was sentenced to six years in jail in 2007, which the Supreme Court reduced to five years on March 21. He has already served 18 months of his sentence.