When a Mahesh Bhatt film led to news being deferred 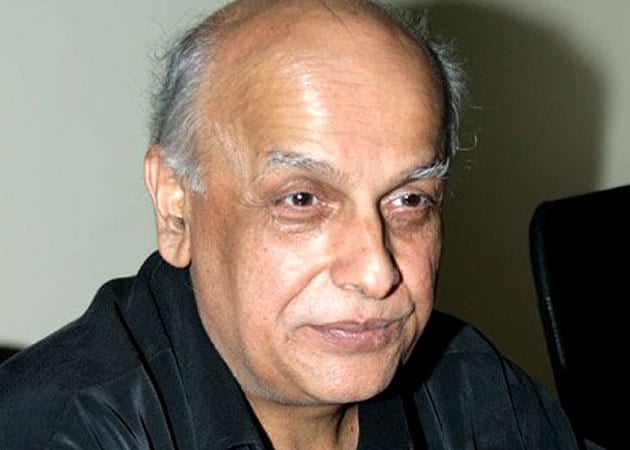 News was delayed by 14 minutes when Mahesh Bhatt's movie Janam was shown on Doordarshan channel.

Mahesh Bhatt's Janam didn't just create a furore; it also made an impact. The story of an 'illegitimate' son trying to be acknowledged by his father had something raw and real.

Remember an incident in the 1980s when the news on Doordarshan was deferred by a few minutes so that a film that was telecast was over?
Or do you know that the song Sham-e-gham Ki Kasam from Footpath was put together from slices of different recordings by composer Khayyam, when such practices were frowned upon in the early 1950s?
These and several other titbits related to Hindi films find mention in a new book titled '40 Retakes: Bollywood Classics You May Have Missed' by Avijit Ghosh.
According to the author, the book, published by Tranquebar, is an attempt to revisit a "bunch of special films that either did not get their due or have been largely forgotten".
While working on the book, Ghosh stumbled upon some interesting sidelights like Majboor has shots inserted from (not inspired by) Charles Bronson's film Cold Sweat and Mahesh Bhatt was dead drunk when he first saw Shernaz Patel, the heroine of his film Janam in a video.
Recalling the Doordarshan incident involving his film, director Bhatt says, "For the first time in popular memory the news was delayed by 14 minutes till the film was over."
Janam, a 16-mm telefilm shot on a shoestring budget with Kumar Gaurav and debutante Shernaz Patel in the lead, was just an hour and 45 minutes long, but the "advertisements in between stretched it past the sacrosanct newshour in the pre-satellite era. Then the unthinkable happened: rather than stopping the movie, the news was deferred".
But Janam didn't just create a furore; it also made an impact. The story of an 'illegitimate' son trying to be acknowledged by his father had something raw and real.
"I was going through it. It was the unfolding of my life. I wrote it as I lived it," says Bhatt.
According to the author, Janam is an autobiographical movie told from the guts.
How Bhatt spotted Shernaz is also an interesting story.
He recalls, "I had gone to a party with Soni Razdan (now wife). We ran into Simi Garewal there. She took us home. I kept drinking there till 3 am. Some time that night she showed me some video footage. And despite the drunken haze, I remembered that a girl was brilliant in the video. She was Shernaz Patel. What Bhatt saw was actually an episode from Garewal's own television show It's a Woman's World.
Ghosh says his book's objective is to bring some deserving films back to popular notice.
"In these times of too much information, it is easy to forget without even trying to know. This book is about giving them a second chance," he says.
Interestingly, quite a few of these films were financed by the state-owned Film Finance Corporation (now National Film Development Corporation), which only underlines how the state played a vital role in supporting and promoting good cinema, especially in the 1970s and 1980s.
Even Doordarshan produced some fine movies during this period. One of them, Thoda Sa Roomani Ho Jayen, is included in this book.
The author says most of these films "suffered from poor marketing for which their producers must take a major portion of the blame. Indeed, many producers and directors felt that with better marketing these films would have enjoyed a healthier life at the box office".
Another interesting anecdote is that actress Simi Garewal was dating cricketer Mansur Ali Khan Pataudi during the making of Dev Anand-starrer Teen Devian.
"When we were shooting, I was dating Mansur Ali Khan. At that time, he was India's cricket captain. He came on the set to see me. When the crowd saw him, they just leapt up to meet him. And this was in the middle of a shot," Garewal recalls.
Among the films mentioned in the book are: Footpath (1953), a Left-leaning film in which Dilip Kumar gave one of his most nuanced performances; director-actor Chandra Shekhar's Cha Cha Cha (1964), a fascinating musical where the 'Harijan' hero becomes a fabulous pop dancer; Sehar (2005), one of the most under-feted gangster movies by Bollywood; and Antardwand (2010), a movie on shotgun weddings that gobsmacks one with its authentic portrayal of mofussil Bihar.