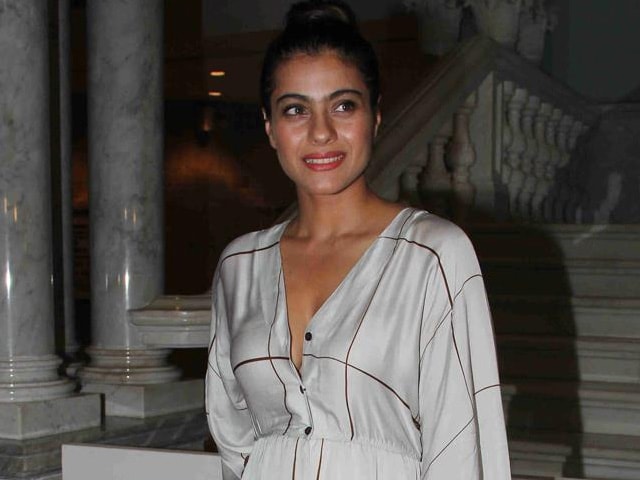 Kajol photographed at the venue of the play in Mumbai.

Kajol had come to lend her support to her sister's play, directed by Divya Palat. The actress, whose phone was constantly ringing, had to leave the event after she wrapped-up one conversation

Kajol, who has always maintained distance from the media, was interacting with reporters at the venue of her sister Tanishaa Mukerji's play, The Jury when a phone call made her leave midway.
"Absolutely I'm very excited. I think she's going to be fantastic. I've also seen her first play, and she was awesome in it and I'm definitely looking forward to it," she told media persons in her first interaction after a long time. Kajol had come to lend her support to the play, directed by Divya Palat.
"I think theatre is a fantastic platform for an actor. It's one of the few places where if you're an avid actor, you can showcase your skills," Kajol said about the numerous film actors trying their hand at theatre.
The actress, whose phone was constantly ringing, had to leave the event after she wrapped-up one conversation. But she apologised to the media for having to leave the event unexpectedly. She looked extremely worried while looking for her car and driver. She also asked him in Marathi to rush back. She even asked him to move out of the driver's seat and drove away herself.
Kajol and Tanishaa's mother Tanuja, Juhi Chawla, Lara Dutta and husband Mahesh Bhupathi, cricketers Ajit Agarkar and Zaheer Khan, Mohnish Bahl, Madhoo Shah were some of the other celebrities present at the event.
Kajol will next be seen opposite Shah Rukh Khan in Rohit Shetty's entertainer, Dilwale, which is slated to hit screens on December 18.