Even though it was touted to be a casual meeting, Balakrishna reportedly flew to Mumbai at the behest of Ram Gopal Varma 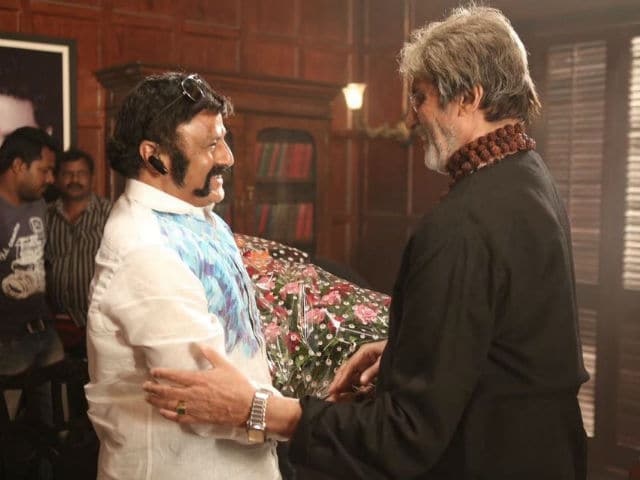 Don't blame us for being terribly excited. But that's what happens when two superstars are caught in the same frame.
Amitabh Bachchan is currently shooting for the third instalment of Ram Gopal Varma's Sarkar franchise, and the recently released pictures from the set of Subhash Nagre's world are enough to keep interests piqued. So how surprised were we when prominent Telugu actor Nandamuri Balakrishna dropped by.
Soon enough, a photograph of the two in deep conversation started doing the rounds on Twitter.

Apparently, Balakrishna, who is fondly known as 'Balayya' by fans was busy shooting for his highly anticipated 100th film Gautamiputra Satakarni, an epic historical saga in Hyderabad. Even though it was touted to be a casual meeting, Balakrishna reportedly flew to Mumbai at the behest of Ram. Rumour mills suggest that during the interaction, Balakrishna asked Big B to be a part of his upcoming film Raithu, although nothing is confirmed.

Meanwhile, Balakrishna and Ram have never worked together in a film. So can we hope a cameo by the Telugu star in the already star-studded Sarkar 3? Only time will tell.


With the one and only pic.twitter.com/CnE8TsA9ga