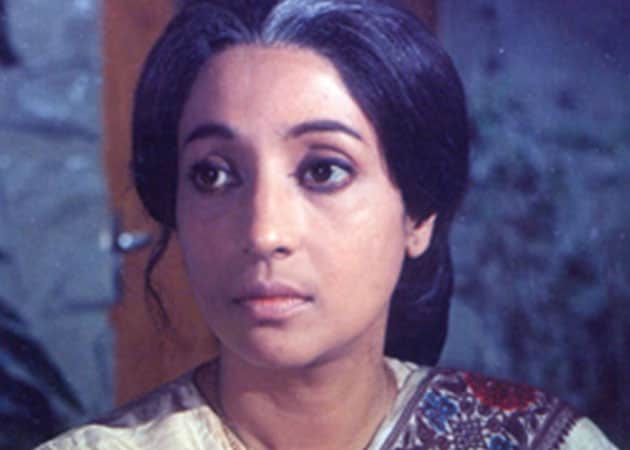 Suchitra Sen and Gulzar worked together in the 1975 film Aandhi.

In an interesting anecdote in her book "Uttam Kumar And Suchitra Sen: Bengali Cinemas First Couple", author Maitreyee B Chowdhury says that Suchitra used to be addressed as 'Sir' by Gulzar, not much out of respect as out of humour.

Did you know that Suchitra Sen and Gulzar addressed each other as 'Sir'?
In an interesting anecdote in her book "Uttam Kumar And Suchitra Sen: Bengali Cinemas First Couple", author Maitreyee B Chowdhury says that Suchitra used to be addressed as 'Sir' by Gulzar, not much out of respect as out of humour.
"While working on Aandhi (1975), Gulzar resorted to calling her 'Sir', in retaliation to her persistently calling him so, despite being friends. Such was Suchitra's persona," she writes.
The book also says that M F Husain drew a sketch of Suchitra based on her pictures and named it 'Mystique'.
According to Chowdhury, Aandhi gave Suchitra the kind of adulation and respect that she had always desired as an actor.
"Gulzar says that he was aware of Suchitra's strong persona and he conceived the role especially for her. Suchitra wanted to dub for Aandhi in her own voice - a wish to prove her Hindi diction. Though her Hindi diction in the film had scope for much improvement, Aandhi finally established Suchitra as a successful actor in Hindi cinema," the book, published by Om Books International, says.
"Uttam Kumar and Suchitra Sen: Bengali Cinema's First Couple" is a tribute to this unparalleled star-duo of Bengali cinema. The pair ushered in what came to be known as the golden era of Bengali cinema.
Of the 60 films Suchitra worked in, 30 were with Uttam. The duo gave a string of hits such as Sagarika (1956), Harano Sur (1957), Indrani (1958), Agnipariksha (1954), Saptapadi and Grihadaha (1967), all part of Bengali cinematic history today.
The writer says that platonic or spiritual, their mutual admiration was palpable and infectious. Both shared much more than their films and would even look to each other for solace in times both good and bad.
"The two had tremendous respect for each other, too. Uttam's and Suchitra's relationship was based on mutual trust, appreciation and admiration for each other's work and personality... They maintained a dignified presence in public. Interestingly, whenever Suchitra was asked to define her relationship with Uttam, she was brief with her words.
"She would usually dismiss it as 'just friends'. Uttam admitted to having not only a soft corner for Suchitra, but also that he was in awe of her as a co-actor, as well as a person. 'Yes I loved her, but this love is of a different kind and genre,'" she writes.
Uttam and Suchitra, who worked in the Bengali film industry for almost three decades, also tested the waters in Hindi cinema. Whether it was destiny or wrong timing, both the stars, though hugely popular in Bengal, were only marginally successful in Hindi films.
Uttam was the dream hero, the everyday man and a flamboyant star, rolled into one. He began his career in films in 1947, incidentally with the role of an extra in a Hindi film named Mayador. He was at this point struggling to get a toehold in films after being successful in Bengali theatre.
Contrary to his expectations of a great beginning, Mayador was never released. Taking it as a warning about his future in Hindi films, he returned home to try his luck in Bengali cinema, where he achieved phenomenal success after initial hiccups.
Uttam did not work in Hindi films until much later, when he was a matinee idol in Bengali cinema. He took classes in spoken Hindi and Urdu to polish his diction, However, when he realised that his intrinsic Bengali mannerisms and style appealed more to a Bengali than a Hindi audience, he decided to concentrate on Bengali films.
The book says that the popular film Anand is said to have been inspired by the friendship between Raj Kapoor and Hrishikesh Mukherjee. Uttam and Shashi Kapoor were the original choices, though finally Rajesh Khanna and Amitabh Bachchan were cast in the lead roles.
Suchitra made her debut with Sesh Kothay (1952). Since this film was never released, her first release was Saat Number Kayedi (1953).
When Suchitra made her debut in Hindi films in 1953 as Paro in Devdas, she was already an established actor in Bengal. She agreed to do the role (initially offered to Meena Kumari) for two reasons - the opportunity to work with Bimal Roy and the chance to play a character from Sarat Chandra's famous novel, something she had always desired, the book says.
Apart from Devdas and Aandhi (1972), she acted in five more Hindi films - Musafir (1957), Champakali (1957), Bambai ka Babu (1096), Sarhad (1960) and Mamta (1966).