Varun Dhawan, who will star in the sequel to Salman Khan's blockbuster Judwaa, said, "I went for trial show of Judwaa and called Salman uncle. He got very upset" 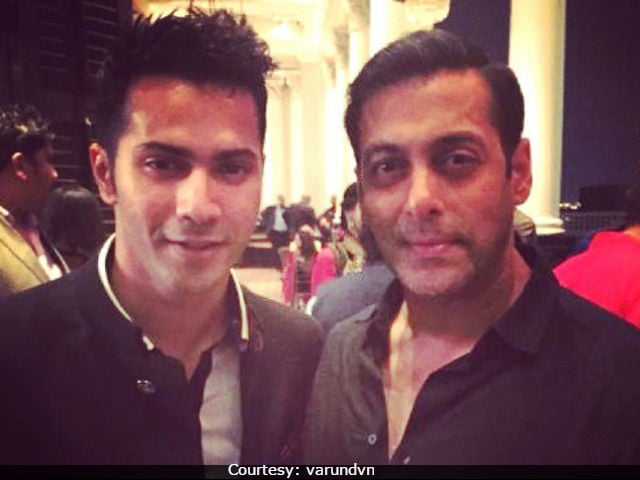 Varun Dhawan, who will star in the sequel to Salman Khan's 1997 blockbuster Judwaa said that the actor got upset with him when he addressed the Sultan star as uncle during a trial show the film, reported news agency PTI. Varun, who was just seven-years-old during the making of Judwaa, told PTI that Salman asked him to say 'Salman bhai' instead of uncle. "I went for trial (show of Judwaa) and called him Salman uncle he got very upset. He told me 'I will slap you if you call me that, call me Salman bhai. I don't care if you are David Dhawan's son I won't allow you inside theatre if you call me uncle,'" PTI quoted Varun as saying.
Before Varun started shooting for the Judwaa2, he spoke to Salman. He told the press that he didn't want to disappoint Salman.
"We all have spoken to him it's a personal thing. His blessings are always there. I don't want to disappoint him (Salman), them (Sajid Khan and David Dhawan) and the audience," said the 29-year-old actor to PTI.
Judwaa 2 is directed by his father David Dhawan and Varun reprises Salman. The shooting for the film began last week and Salman is also expected to do a cameo. The 51-year-old actor will feature as 'godfather gunda' to the judwaa Varun brothers.
Varun told PTI that Salman has send him a box full of jeans which he can wear for the role of Raja in Judwaa 2. The original Judwaa featured Salman Khan as separated brothers Raja and Prem Malhotra opposite actresses Karisma Kapoor and Rambha. In Judwaa 2, Varun Dhawan has been casted opposite Jacqueline Fernandez and Taapsee Pannu.
This is the second time Varun will work with his filmmaker father. In 2014, he featured in Main Tera Hero.
Judwaa 2 will also feature a reworked version of the popular song Tan Tan Taara from Judwaa. The film is slated to hit the theatres on September 29.
Meanwhile, Varun is prepping for the release of Badrinath Ki Dulhania opposite Alia Bhatt. The film is a sequel to their 2014 film Humpty Sharma Ki Dulhania.
(With PTI inputs)