When Naseeruddin Shah Ran Away to Mumbai 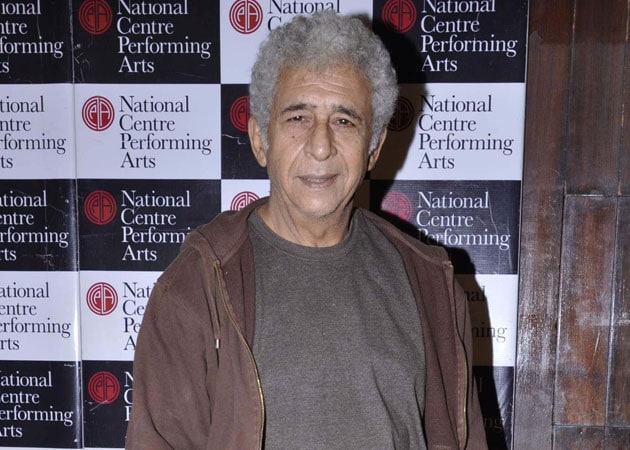 Naseeruddin Shah says he got the idea after meeting a friend's girlfriend, whose father was a character actor.

"I was dissatisfied with myself as a child. I wasn't happy in my own skin," said Naseeruddin Shah

A 16-year-old Naseeruddin Shah ran away to Mumbai, with dreams of stardom in his eyes. He managed to find work as an extra in films like Aman and Sapanon Ka Saudagar before finally being rescued by Dilip Kumar's family.
"I was dissatisfied with myself as a child. I wasn't happy in my own skin," says one of India's finest actor Naseeruddin Shah.
Narrating his short-lived adventure in his autobiography And Then One Day, the veteran actor writes that he got the idea after meeting a friend's girlfriend, whose father was a character actor.
She offered to sponsor his stay in the city of dreams and assured him that her father 'would do his best' for Mr Shah. The actor stayed with the family for about a month before politely being asked to leave. Back on the road and with no money to spare, he found himself sleeping in a zari factory, travelling ticketless on local trains and even applying for the post of a bellboy at Taj Palace hotel.
Mr Shah finally landed work at Natraj studio as an extra for Rs 7.50 with the help of a friend. The film was Aman, starring Rajendra Kumar as a doctor. It even had a rare cameo by mathematician Bertrand Russell. Mr Kumar had to play dead in the scene while Mr Shah was one of the hired mourners.
"The truck moved, the camera rolled and all of us paid mourners followed looking suitably stricken. I, quicker than the others and more desperate to appear on screen than any of them, managed to insinuate myself into the very first row and that was how I first appeared in a movie," Shah recalls.
The actor could not spot himself in Raj Kapoor-starrer Sapanon Ka Saudagar though. Mr Shah's trip soon ended thanks to an intervention from his father. Worried over his disappearance for two months, his father, one of the administrators of Ajmer Sharif dargah, contacted the only person he knew in Mumbai and that was Dilip Kumar's sister. While sitting on the pavement one day, he spotted a "vaguely familiar-looking lady" who asked him to climb in the car "very curtly". He was brought to Dilip Kumar's Pali Hill house.
During his stay there, Mr Shah was put up in the basement of the bungalow but the actor says he had access to the whole house. "I'd often wander into the drawing room where six, or was it seven, Filmfare trophies stood in a row on a shelf. I tried picking up one and found it so heavy I thought it was nailed down. I did manage to pick it up finally, held it in one hand, waved with the other and made a deeply moving acceptance speech," he recalls. Mr Shah said he would often sneak out to a cottage, which was Dilip Kumar's hideout and even bumped into the great man himself.
"I spent the few remaining days before I was packed off in this paradise-like cottage, once even bumping into the man himself. Displaying absolutely no surprise or curiosity at finding me there and barely acknowledging my presence, he went about doing whatever he was doing," says the actor.
But when he approached Dilip Kumar, one of the few actors that he admires even today, he was discouraged by the veteran who "delivered a short lecture on why 'boys from good families should not join the film world' and dismissed me from his presence. Much later, I acted with Mr Dilip Kumar in a film I hated, and could never bring myself to mention this meting; in any case he probably had no memory of it," he recalls.