When Ranveer Singh 'Acted Like' Anil Kapoor While Filming Befikre

"Actually he's the biggest mastikhor of all. When I see him, I get into the masti mood or looking at me, he comes into a masti mood. It's just always a riot," said Ranveer Singh 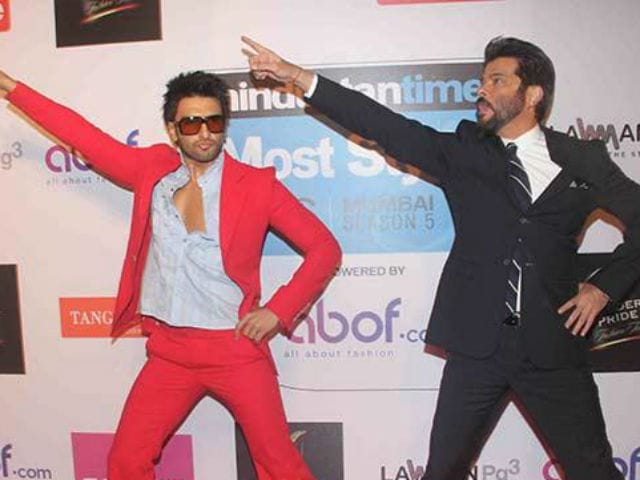 Actor Ranveer Singh said while shooting for one of the sequences of his film Befikre, director Aditya Chopra observed that he was acting like Anil Kapoor and told him to act like himself.
"Befikre shoot was going on in Paris and Adi sir (Aditya Chopra) cut a shot, came from behind the monitor and said, 'Yaar, you have started acting like Anil Kapoor. After Dil Dhadakne Do, there has been a deep impact of his on you. So now in the next take, you give Ranveer's shot, and not Anil's'," Ranveer said at the screening of Anil Kapoor's television show 24.
Ranveer also imitated Mr Kapoor's expressions and mannerisms at the event and posed in the 24 look with Anil.
"Actually he's the biggest mastikhor of all. When I see him, I get into the masti mood or looking at me, he comes into a masti mood. It's just always a riot. How can I explain what happens after I see him? I really am in love , so infatuated by him," added Ranveer.
Mr Kapoor had previously said that he wanted to see his daughter Sonam being paired opposite Ranveer and had even approved him as the choice for the role of Lakhan in the remake of his film Ram Lakhan.
"He is one of the reasons why I ever wanted to become an actor. He is a legend, an icon. He is one of the most talented, most handsome men to grace our silver screen and now he is going to be in everyone's home (24). I am really thrilled for him and very happy for him," said Ranveer.
"I am such a big fan of him that I am always excited when it's anything related to him. I really wish him and his team the very best. I share a very special bond with Anil sir and I know how much his team has worked from the heart on this awesome series 24," said Ranveer.