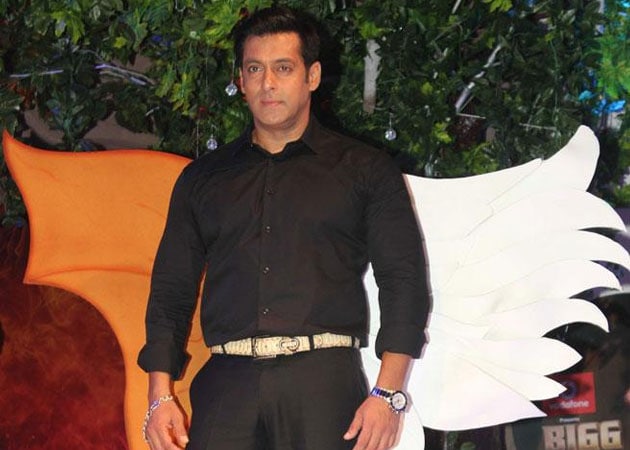 Salman was on his way to visit Dilip Kumar in hospital when he reportedly grabbed a phone out of a fan on the road.

Salman Khan had grabbed headlines for his sudden genial mood over the past few days. However, it looks like the good temperament was not meant to have a long run.

Over the past few days, Salman Khan had grabbed headlines for his sudden genial mood. He hugged Shah Rukh at an Iftaar party and then dropped his guard to openly speak about his peers at a recent press conference. However, it looks like the good temperament was not meant to have a long run. Onlookers say that at around 4 pm on Monday, September 16, yesterday Salman had a run-in with a fan near his home.
It was while he was crossing a Bandra hospital frequented by stars, that passers-by and fans gathered around his car to click pictures of him. From behind the rolled-down windows, Salman grabbed a fan's mobile phone and smashed it on the road below.
An onlooker says, "He was crossing the hospital where the ailing Dilip Kumar has been put up. He was on his way to a shoot when he turned to head back home. There were a lot of media persons waiting and they started taking pictures of Salman. There were also regular guys on the road, who joined in with their cell phone cameras. Salman exploded in anger and snatched the phone out of a fan's hands."
However, a friend of the star tried to defend him, "Salman didn't want anyone to get hurt, going the way people run to get snaps of celebrities."