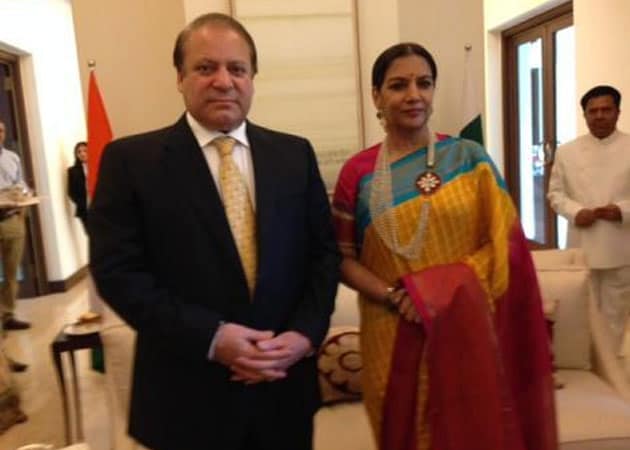 Veteran actress Shabana Azmi met Pakistani Prime Minister Nawaz Sharif at a tea party hosted by a steel tycoon here.
The 63-year-old actress said she was delighted to know that Mr Sharif, who was in the Capital to attend Prime Minister Narendra Modi's swearing-in on May 26, is an admirer of her father Kaifi Azmi, singers Mohammed Rafi and Lata Mangeshkar.
"Over tea at Sajjan Jindals'. Met Nawaz Sharif. delighted that he is fan of Kaifi saab, Lataji and Mohd Rafi," Shabana posted on Twitter.
The National award-winning actress said during her tete-a-tete with Mr Sharif, they discussed about the possibility of co-productions between the two countries.
"I said we need Indo-Pak co-productions. Nawaz Sharif said he gives his full support for films as co-productions between India and Pakistan. He brought the message of peace and will encourage exchanges," Shabana said.