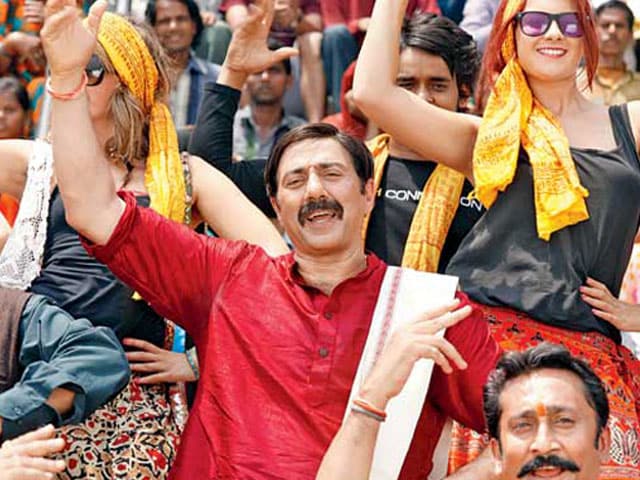 Sunny Deol in a still from Mohalla Assi

A complaint was filed by a Delhi resident, Gulshan Kumar claiming that a character in the film dressed as Lord Shiva has been depicted using "very abusive and filthy language"

The release of Bollywood film Mohalla Assi has been restrained by a Delhi Court today after finding that it was hurting religious sentiments. The Court has also said that the film should not hit the theatres till the alleged offending scenes and dialogues are removed.
The court restrained the movie's director, producer and Central Board of Film Certificate (CBFC) from releasing the film on July 3 till further orders. The film stars Sunny Deol, Ravi Kishan, Sakshi Tanwar among others.
The film is based on the surroundings of the Assi Ghat in Varanasi, a popular tourist spot on the banks of river Ganga in Uttar Pradesh.
A complaint was filed by a Delhi resident, Gulshan Kumar claiming that a character in the film dressed as Lord Shiva has been depicted using "very abusive and filthy language", charging few hundred rupees for snaps with people at the Ghat.
Noting that of some of the scenes could hurt religious sentiments, Civil Judge Kishor Kumar said, "Use of such language by Lord Shiva makeover is really hurting... Therefore, at this stage, a prima facie case is made out that until the religiously hurting scenes and dialogues/words wherein the abusive and filthy language has been used, are removed, the movie should not be released".
The court directed Mr Kumar to get the order served to the defendants who have also been summoned for the next hearing on July 13.
The trailer of the film has been available on social media portals since June 12 and Mr Kumar saw it for the first time on his mobile on WhatsApp on June 26.