Why Aamir Khan And Shah Rukh Are Trending Together

Aamir Khan has trended throughout this week, all thanks to his new wrestling drama Dangal but that is not only why he is topping the charts on Thursday evening. Shah Rukh Khan also keeps him company on the trends list 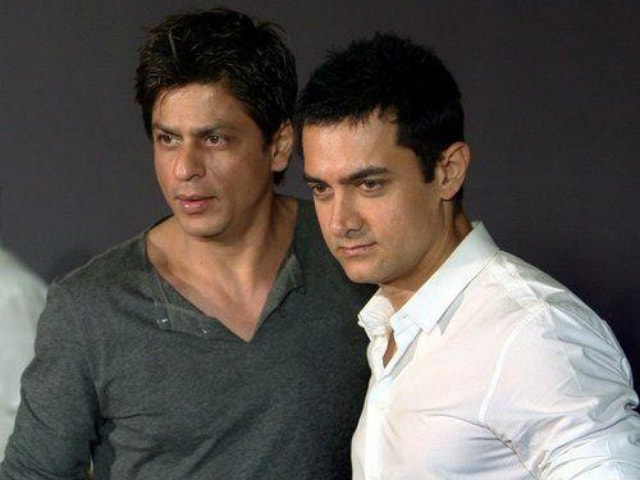 Aamir Khan has trended throughout this week, all thanks to his new wrestling drama Dangal but that is not only why he is topping the charts on Thursday evening. Shah Rukh Khan also keeps him company on the trends list. Internet savvy cine-goers almost always get excited with the idea of a probable box-office clash. So, when it was realised and suddenly pointed out that the release dates of Aamir's new project Secret Superstar and Shah Rukh's film with Imtiaz Ali is only at a week's distance from each other, the internet went into a meltdown. Aamir Khan, who produces and has an extended special appearance in Secret Superstar, has blocked August 4, 2017 for the film. The Imtiaz Ali-directed film is scheduled for August 11.
The release dates of Aamir and Shah Rukh's films are seven days apart but the films will expectedly coincide at the theatre once Shah Rukh's film hits screens. This is the first time Aamir and Shah Rukh will be this close with the release dates. Secret Superstar tracks the story of an ambitious teenaged girl who wants to become a singing star. The child artiste who plays the protagonist in Secret Superstar is Zaira Wasim from Dangal, who features as the younger version of wrestler Geeta Phogat. Secret Superstar will be directed by Advait Chandan, who has also written the film.
Video: Watch the trailer of Secret Superstar here:

Tentatively titled The Ring, Shah Rukh shares screen space with Anushka Sharma in the movie which has been extensively shot in Budapest, Prague and Lisbon. The Imtiaz Ali-directed project is reportedly titled Rahnuma. Anushka marks her third film with Shah Rukh after her 2008 debut Rab Ne Bana Di Jodi and then Jab Tak Hai Jaan. Enjoy the first poster of the film while a trailer is awaited, specially shared by SRK's Karan Arjun co-star Salman.

Shah Rukh is currently busy filming whatever is left of Raees, in which he stars as a Gujarat based liquor boot-legger. Directed by Rahul Dholakia, Raees is slated to have a box office clash with Hrithik Roshan's Kaabil on January 25. Ahead of their reschedule, both Raees and Kaabil were to open on January 26.
Meanwhile, Aamir sent out invitations to Shah Rukh and Salman for a screening of the much-awaited and talked about wrestling drama Dangal. Aamir said he left messages with Shah Rukh and his Andaz Apna Apna co-star Salman but apparently both of them have their dates blocked with prior commitments. Aamir also added that a screening will be arranged according to their convenience. Talking to PTI in Mumbai, Aamir said: "I have messaged both of them (Shah Rukh and Salman), whenever they want to see the film. Both are busy now, so whenever they want to see, we will screen it." Dangal releases tomorrow.
Shah Rukh Khan, 51, will soon start filming Aanand L Rai's project, in which he reportedly plays a dwarf. Shah Rukh was last seen in Gauri Shinde's Dear Zindagi and also has Rahul Dholakia's Raees set for release in January. Dangal is Aamir Khan's first film after 2014's PK.
(With PTI inputs)