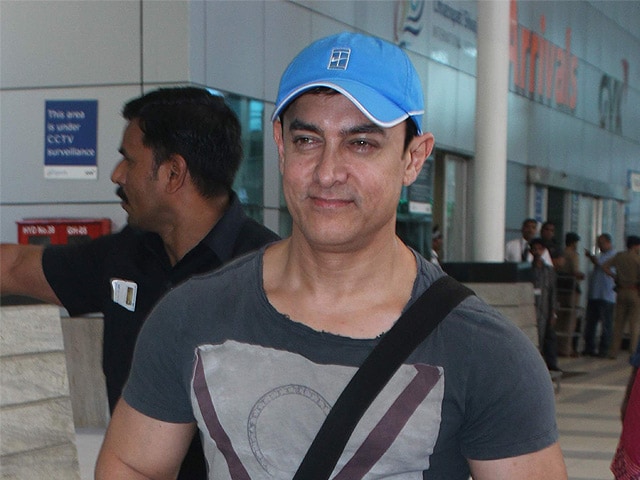 PK, which released on December 19 has managed to gross Rs.95.21 crore in three days.

Bollywood superstar Aamir Khan, whose recently released film PK has opened to rave reviews and roaring box office success, says he chooses a film on the basis of the script and not box office prospects.

When asked if it is true that he chooses films on the basis of box office prospects, Aamir said, "It's a very unfortunate trend because the moment creative people start thinking about numbers, then the shadow of the numbers influences the kind of film they choose and pick." (Also Read: PK Not Anti-Hindu': A Twitter Trend in Defence of Film)

If Aamir's team, comprising director Rajkumar Hirani and producer Vidhu Vinod Chopra, created history with 3 Idiots in 2009, the trio have repeated the same success with PK, a film that boasts of a unique concept. It uses an alien to talk about the ills of society and not only makes viewers laugh and cry but also makes them think.

"The moment I start choosing films that can do R 100 crore business, then my choice becomes very limited and I can only do films like Avengers or Spider-Man, which go on to achieve those numbers. This really kills creativity to an alarming extent, so I have always selected my films based on what I feel towards them," he said.

"Like Taare Zameen Parwent on to do good business and I didn't know it would. I just did it because I liked the script. Also, I selected Rang De Basanti because I loved the script. I did Lagaan when the entire film industry thought it was a disaster.

"So these films I have not picked looking at the box office collection, I picked them because I loved them. Later when they became box office hits, it was a different question. I do films if I like the script and not according to its business," he reasoned.