Why Aamir Khan's Peekay is releasing on Christmas Day 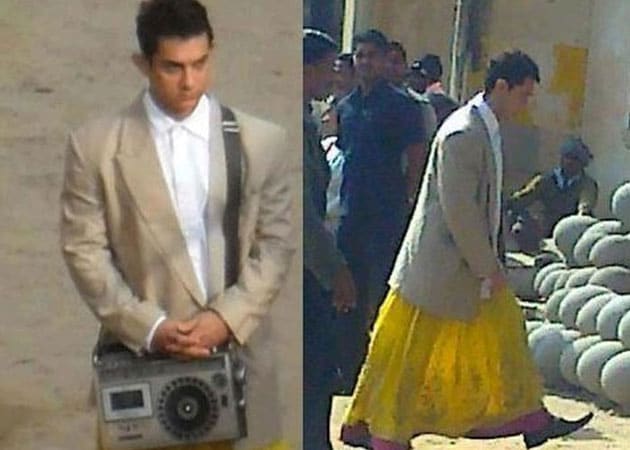 Filmmaker Rajkumar Hirani says Christmas is the perfect time to release Peekay as most films starring Aamir Khan which released around the festival have performed well at the box office.

Filmmaker Rajkumar Hirani says Christmas is the perfect time to release Peekay as most films starring Aamir Khan which released around the festival have performed well at the box office.
Earlier, the film was slated to release on June 6 this year. However, now it will hit the screens this Christmas on December 25.
"There was no particular reason to delay the release of the film (Peekay). Most of Aamir's films release during Christmas and they have done well," Hirani told reporters here on Tuesday at the press meet for Indian Film Festival of Melbourne 2014.
"Actually I needed a month more. Though we wanted to release the film in June but then we thought that Christmas is perfect to release the film," he added.
According to the 51-year-old, the festive season was also the reason to shift the release date to Christmas as more people would be able to watch the film.
"It is festive and holiday times and more people tend to watch films during this period," said the National Award winning filmmaker.
"Moreover every filmmaker wants more people to watch his film. So keeping the festive season in mind, we are releasing the film on Christmas," he added.
Peekay, a political satire also features actor Sanjay Dutt in a key role. Sanjay was sent to jail last year to serve his five year sentence for his role in the March 1993 Mumbai serial explosions. Currently, the actor is out on parole.
Meanwhile, on being asked whether Sanjay had shot for the film or not, Hirani said: "Sanjay Dutt had shot for his part before going to jail, otherwise I would have been shooting with him now".
Peekay also features Anushka Sharma and Sushant Singh Rajput.