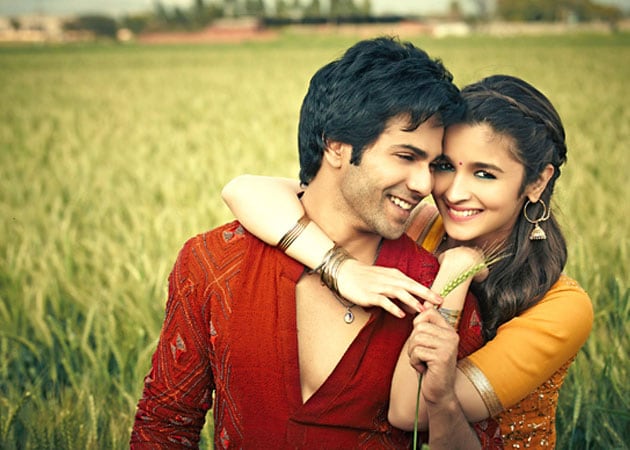 Alia Bhatt will be seen in Humpty Sharma Ki Dulhania opposite Varun Dhawan.

Alia Bhatt is all of three films old but already has a rep of the more dubious sort to protect. Alia has had screen lip locks in each film she's been in so far

Alia Bhatt is all of three films old but already has a rep of the more dubious sort to protect. Alia has had screen lip locks in each film she's been in so far - with Sidharth Malhotra in Student Of The Year, Randeep Hooda in Highway, and Arjun Kapoor in 2 States.
Film number four, Humpty Sharma Ki Dulhania, will also feature a celluloid clinch and getting lucky this time will be Varun Dhawan, the co-star Alia didn't kiss in Student Of The Year. The censor board has reportedly asked the filmmakers to edit close-ups of the kiss out of thepromos of the movie. (Also read:Humpty Sharma's Saturday, Saturday to Begin on Jhalak Dikhhla Jaa)
Alia confessed in an interview, "People have now started considering me as the female Emraan Hashmi of the industry." Emraan, star of films like Murder and Jannat, has long been described as Bollywood's serial kisser.
Alia has no further to look for inspiration than older sister Pooja Bhatt who had kissing scenes in movies like Dil Hai Ke Manta Nahi and Phir Teri Kahani Yaad Aayi.
For Alia, very much a new age heroine, screen PDA is no big deal. "I think the media is obsessed with a kiss. It's silly to make such a big fuss about a 21-year-old girl in the 21st century, if she kisses on screen. In Hollywood they don't make such an issue about it. It's understandable that it's an image that sells," the actress was quoted as saying in an interview. (Also read:Humpty Sharma is Looking for his Dulhania. Apply on WhatsApp)
With a 100 per cent hit record at the box office, Alia Bhatt is clearly at the top of the 'pecking order' and will, perhaps, drag Bollywood kicking and screaming into the modern century.
Watch: