Why Censors Cleared Buddha In A Traffic Jam Without Any Cuts 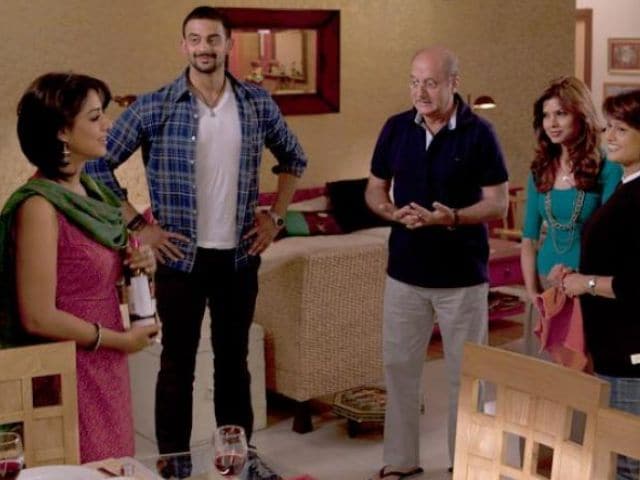 A still from Buddha In A Traffic Jam

The upcoming political film Buddha In A Traffic Jam, which claims to be the 'most controversial film' has been cleared by the censor board without any cuts, says the movie's director Vivek Agnihotri.
Mr Agnihotri, who was addressing the press at the launch of the film's trailer, disclosed that during his interaction with the censor board members after they watched the film, 'one of them' told him that "there should be at least 150-170 cuts in this film, but if we made cuts to your film, there wouldn't be any meaning left in the film. And we feel that it is essential for people to watch the film, so we will pass it without any cuts."
Mr Agnihotri was later told by the members that there were certain rules which stated that burning of flags and usage of objectionable words along with the words 'Bharat Mata' and 'January 26', couldn't be shown. He was ready to completely remove those scenes, but later due to objections from a member, the film was passed even without adherence to those rules.
Inspired from Vivek Agnihotri's own life, Buddha In A Traffic Jam, which deals with corruption and Maoism, is set in the backdrop of a business school. Actor Anupam Kher plays a professor. Arunoday Singh features as his student who wants to bring in a revolution.
The director added, "We never faced any issues from the censor board, we faced problems from people who consider themselves bigger than the censor board, and who feel that they can run this country at their whims and fancies. This is also perhaps the first film which doesn't have an ad on TV, press or had a hoarding, and no one from the industry has tweeted about us, and despite that, we have been invited by institutes like IITs, IIMs, FICCI and IAS officers and a buzz is being created with word of mouth."
Buddha In A Traffic Jam, which also stars Mahie Gill and Pallavi Joshi, opens on May 13.