Why did Amitabh Bachchan agree to rap for Party With Bhoothnath? 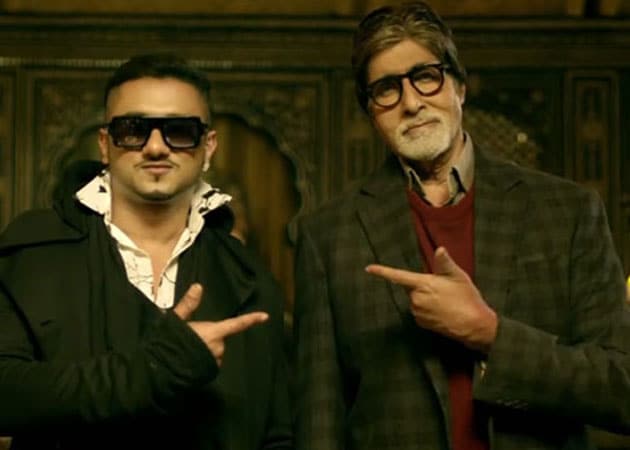 Big B shakes a leg with Honey Singh in the song.

At 71, Amitabh Bachchan wasn't sure if he would be able to lend his voice to a high voltage rap number.

At 71, Amitabh Bachchan wasn't sure if he would be able to lend his voice to a high voltage rap number. But the fact that special party song Party With Bhoothnath with popular rapper Yo Yo Honey Singh was "beautifully conceived" drove him to sing for it.
The collaborative song is part of Big B's forthcoming film Bhoothnath Returns. Its video released online last week and it is being loved.
"It is very tough to do such things (a song with high energy) at my age. Since it is a very beautiful song and beautifully conceived, I thought that I should do it," Big B said here at an event to promote the film.
In the video, Big B and Honey Singh are seen partying, dancing and rapping at a spooky bungalow.
Talking about Honey Singh and his collaboration with him for the song, Big B said, "I had heard a lot about Yo Yo Honey Singh and also about his music. I loved his music and songs when I heard them. When Bhushan Kumar-ji told me to have such a song with Honey Singh, I agreed," said the actor, who plays a ghost (bhoot) in Bhoothnath Returns.
Directed by Nitesh Tiwari, Bhoothnath Returns is the sequel to 2008 film Bhoothnath and it will hit theatres April 11. The sequel takes off from where the first film ended, albeit with a new story.