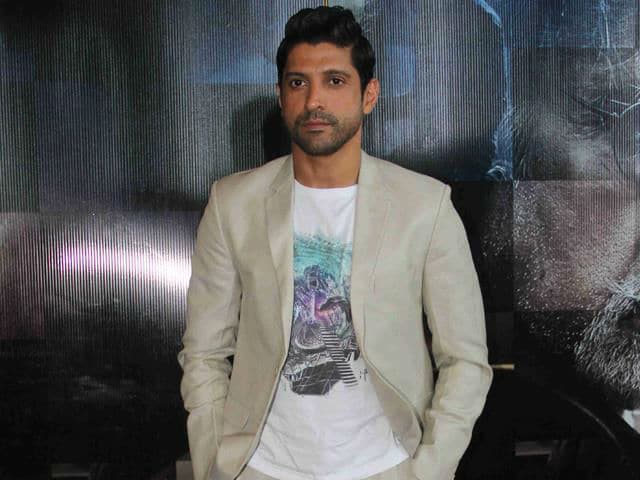 Farhan Akhtar photographed at an event in Mumbai.

Actor Farhan Akhtar said that he opted out of Shah Rukh Khan's upcoming film Raees as he did not want to play the role of a police officer again.
The 41-year-old Dil Dhadakne Do star will be seen as a suspended police officer in Bejoy Nambiar's Wazir, which also stars Amitabh Bachchan.
Was playing the role of a cop again the reason why he did not do Raees?
Farhan said, "Yes, absolutely right. Raees was suppose to happen at a very different time. It wasn't about not willing to play a police officer in it but, it was about not willing to do it immediately. It would've been the next thing I would have shot for (after Wazir)," he told reporters. (Also Read: In Wazir Trailer, Big B and Farhan Are Shatranj Ke Very Deadly Khiladi)
The actor was speaking at an event to launch the trailer of Wazir. Farhan, whose Excel Entertainment is co-producing Raees, said he was a bit "uncomfortable" playing a similar character, but he's happy that Nawazuddin Siddiqui is doing the part now.
"I was a bit uncomfortable with that. The two are completely different projects, but more or less you're playing the same kind of character. The foundation is same, so I didn't want to do it. But it's fantastic because we have Nawazuddin, who is playing that character. He is a fantastic actor," said Farhan.
He also said that currently he has no plans to make Don 3. "No plans yet. I've always maintained that I have enjoyed writing the character. He is a very exciting character to write and I had a tremendous time working with Shah Rukh. Hopefully, something will come along. But I really don't have a plan," he said. (Also Read: Farhan Akhtar Wants His Films to Convey a Message)
However, he did not divulge any details regarding the cast. "I don't have a script so it is very difficult for me to tell you who will be in it. Don will definitely be in it. Apart from that it depends on what characters are there in the film," he concluded.