Why Gulzar Thinks That His Daughter's Films are Better Than His 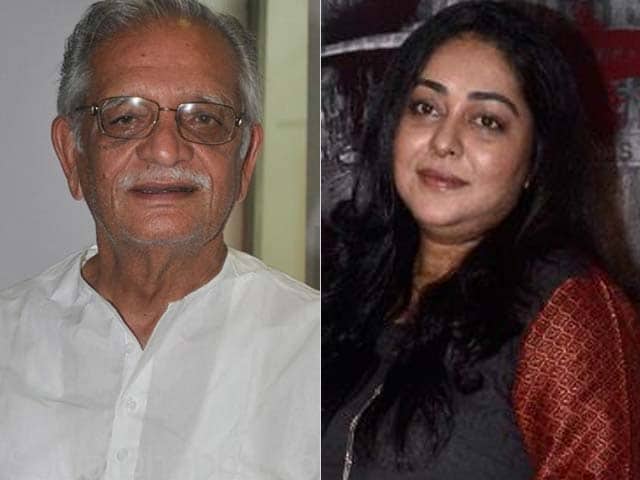 Gulzar said that he is proud of his daughter Meghna.

"To be honest, Meghna's films are much ahead of mine, technique and expression wise. I am more of a writer. She is more of a filmmaker. My films are verbose because I am a writer. I talk much. Films don't talk much. They talk to you visually and that difference is there," said Gulzar

Filmmaker Gulzar said that his daughter Meghna's films are far better than his.
Meghna made her debut as a director with Filhaal in 2002. Recently, she was praised for her film Talvar, which released in October this year.
"To be honest, Meghna's films are much ahead of mine, technique and expression wise. I am more of a writer. She is more of a filmmaker. My films are verbose because I am a writer. I talk much. Films don't talk much. They talk to you visually and that difference is there. You can judge that if you compare my films with hers," Gulzar sahab told PTI.
"Please don't do that. That's not done," said Meghna.
Gulzar sahab and Meghna attended the world premiere of the latter's documentary on autism, titled Closer, at the 1st International Film Festival for the Persons with Disabilities (IFFPD) 2015.
Meghna said that she made the film four years ago. However it was not meant for public exhibition at that time.
"Public exhibition was not the intention. The trust approached me and I made the film for them. It was meant to be shown to parents, children in school. Now, when we got to know about this festival, we thought that it is the right platform to showcase the film," said Meghna.
The documentary begins with a poem by Gulzar sahab.
"Poetry was my idea. The work is his but I wanted to encapsulate the voices of all the people in my film into a concise sequence and convey what they want to say very clearly and in a very abstract way. Documentaries don't give you a space for glossy visuals. It (poem) was the only place where we could so something like that. I knew that I wanted his poem," said Meghna.
"I didn't get anything extra for it. All I got was a good cold coffee," said Gulzar sahab.
"You should be used to that by now," said Meghna.
Gulzar sahab also said that he is proud of Meghna. "She has grown in the art of filmmaking and expression. She has grown very well. Also, she has made me very confident of her and made me proud. Today, when she is interviewed and I am sitting, it is a matter of great pride. You don't know, I can't explain to it you," he said. "When she speaks well, I don't clap for her. At that time, you are listening to a director. You are used to that but later you realise that you are very proud," he added.