"The gap is because of Adi Chopra. He told me to wait and do a film that will be apt and justify me as an actor," said Vaani Kapoor 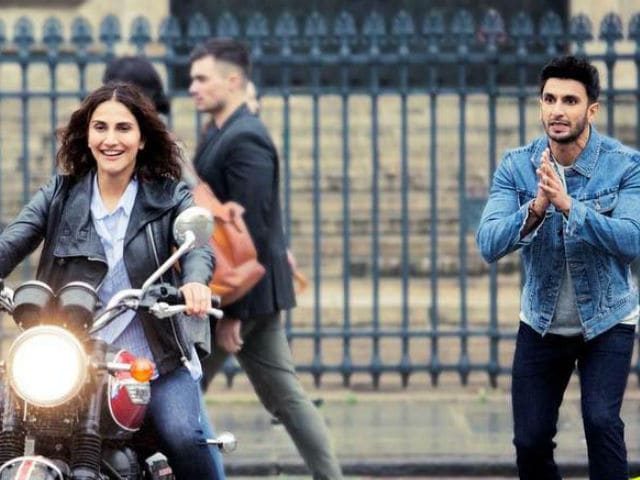 Actress Vaani Kapoor, who returns to the silver screen after a gap of three years, says filmmaker Aditya Chopra had asked her to wait for the right film.
Vaani made her debut in Shuddh Desi Romance opposite Sushant Singh Rajput. The film, which also featured Parineeti Chopra, was produced by Aditya Chopra. Now in her second film Befikre she has been directed by Aditya himself and the actress says she couldn't have asked for more.

"I was waiting for something really good and exciting to come my way. The gap is because of Adi Chopra. He told me to wait and do a film that will be apt and justify me as an actor. Adi took two years for this film (Befikre) but I am glad to have waited," Vaani told reporters at the event to launch a song from the film.
Vaani is paired opposite Ranveer Singh in the romance drama and she reveals she was bullied a lot by her co-star.
"He (Ranveer) bullies me a lot. He was mean to me," she said. Ranveer on his part says, "After ages I was ragging someone and I had great fun."

The actress, who has teamed up with the Bajirao Mastani star for the first time, says she has had a great time working with him. "He makes you feel very comfortable. The fact that he is a good soul and one can see that through his films," said Vaani.
(Except for the headline, this story has not been edited by NDTV staff and is published from a syndicated feed.)