Why Kareena Kapoor, Sonam Kapoor's Veere Di Wedding Might Have To Change Its Name 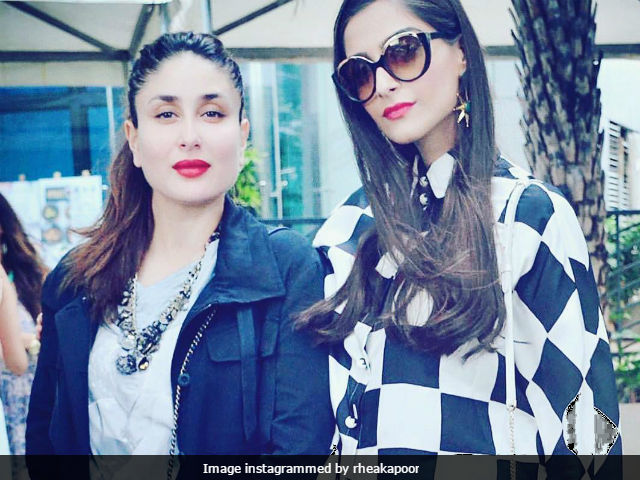 Sonam and Kareena to work together for the first time in Veere Di Wedding (Image courtesy: rheakapoor)

The film Veere Di Wedding, starring Kareena Kapoor and Sonam Kapoor and produced by Sonam's sister Rhea, is reportedly involved in a copyright struggle over its title. Apparently, there is another film - starring Jimmy Sheirgill - called Veere Ki Wedding. A report in mid-day claims that Sonam's and Rhea's father Anil Kapoor has written to the Indian Motion Pictures Producers Association or IMPPA seeking intervention. The director of the rival film isn't too worried - Ashu Trikha told mid-day that he copyrighted the film title first and registered it with the Indian Film ad TV Producers Council. "The association suggests that a trademark supersedes any other registration. Legally, we have supported our title with everything," Ashu Trikha told mid-day.
Veere Ki Wedding co-producer Chandan Bakshi told mid-day, "IMPPA had initially asked us to change the title, but they gave the team a green signal after learning of the trademark and that a major part of the film had been shot." Mr Trikha says the songs of the film have already been shot and after next week, 80 per cent of the movie will be complete.
It seems that Veere Di Wedding might have to rename itself. "Anil will have to choose a new title, since shooting is yet to commence for his film. That's the only way out," a senior member of IMPPA told mid-day.
Veere Di Wedding, directed by Shashank Ghosh, was supposed to start filming last year but the shoot schedule was postponed because of Kareena Kapoor's pregnancy. The film also features Swara Bhaskar and Shikha Talsania in lead roles.