"Ekta and Rhea decided to still go on floors with Bebo (Kareena Kapoor). They were pleased with Bebo's honesty and since Kareena and Sonam's pairing would be the biggest highlight of the chick flick, they didn't want to change the cast," said a source 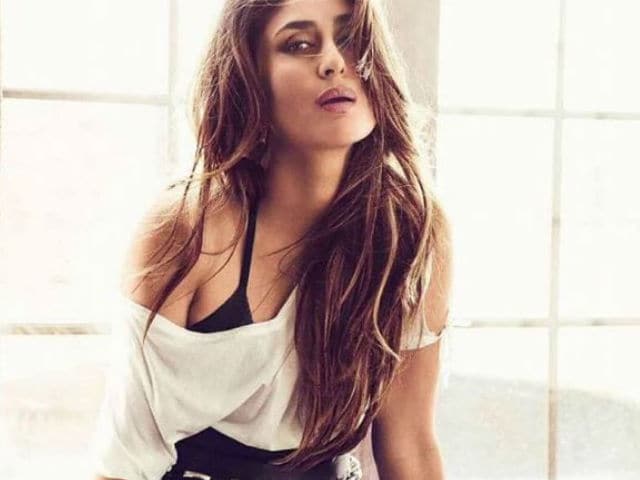 When actor Saif Ali Khan announced he and wife Kareena Kapoor were expecting their first child a few days ago, it came as no surprise to filmmaker Rhea Kapoor who had revealed that the 35-year-old actress had been cast in her upcoming film Veere Di Wedding. It was a mirror image situation of the one Kareena had found herself in when she replaced actress Aishwarya Rai Bachchan in Madhur Bhandarkar's Heroine some years ago. Aishwarya's pregnancy, made after she launched the film in Cannes, caught Mr Bhandarkar unawares - this time, there were no reportedly nasty surprises in store for Rhea Kapoor.
According to a DNA report, the makers of Veere Di Wedding - Rhea and Ekta Kapoor - knew about Kareena's pregnancy and signed her up inspite of.
"Ekta and Rhea decided to still go on floors with Bebo (Kareena Kapoor). They were pleased with Bebo's honesty and since Kareena and Sonam's pairing would be the biggest highlight of the chick flick, they didn't want to change the cast. They preponed the shoot to August, so that they could wrap the film before Kareena's delivery in December," a source told DNA. Earlier, Rhea had posted a congratulatory message for Kareena and Saif on Instagram.

Kareena's pregnancy will reportedly be incorporated in the film.
According to this Mumbai Mirror report, Kareena will shoot for one part of the film in October, when she'll be in her second trimester, and therefore her baby bump will get a starring role in the film. She will then shoot for the film three months after her delivery in December. "After October Kareena will go on a break, deliver the baby in December and will resume shooting three months after that," said a source.
On July 2, Saif Ali Khan, 45, released a statement confirming Kareena Kapoor's pregnancy: "My wife and I would like to announce that we are expecting our first child in December. We would like to thank our well wishers for their blessings and support and also the press for their discretion and patience"
Here's how Rhea officially announced Veerey Di Wedding just two weeks ago:


It's here! My next baby! @ekmainaurektu7 I'm so excited to collaborate with you! What a ride! Shashanka 'yoda' Ghosh to direct! #veerediwedding #vdw