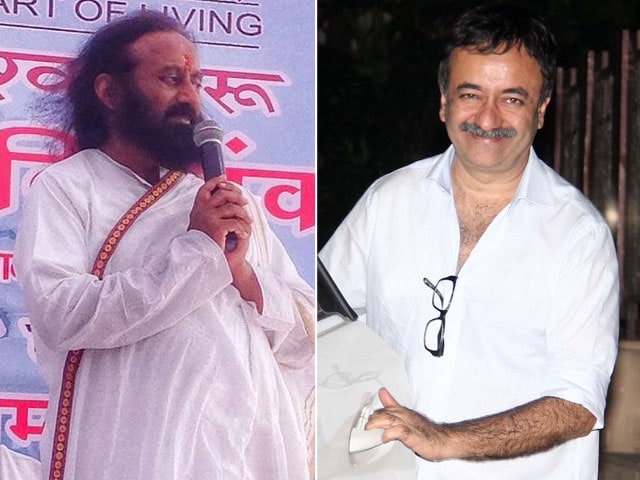 Filmmaker Rajkumar Hirani, who is basking in the success of his recently released film PK, had expressed his gratitude towards Sri Sri Ravi Shankar in the film's opening credits, as significant portions of the film have been shot at his Art of Living Foundation ashram in Bengaluru.
The film, which has seen a string of controversies, questions people's blind faith in godmen. When asked as to why he has thanked the spiritual leader in his film's credits, the filmmaker said he's "only against fake gurus".
The director and the makers are thankful to Ravi Shankar for understanding the importance of the subject and letting them shoot the film in the ashram premises.
Mr Hirani has said in a statement, "I'm being asked that if I'm against religious gurus, why I have expressed gratitude to Sri Sri Ravi Shankar in the film titles. My answer is that I'm not against religious gurus. I'm only against fake gurus."
"Sri Sri Ravi Shankar is a courageous man. He gave me the location to shoot, knowing well that this is a film on god and fake godmen. He is beyond pettiness of religion. He can see the larger picture. I admire his work and have tremendous respect for him. We will be showing him the film soon," he added.
The film starring actors Aamir Khan, Anushka Sharma, Sushant Singh Rajput and Sanjay Dutt has already crossed the Rs 300 crore-mark in the domestic market.