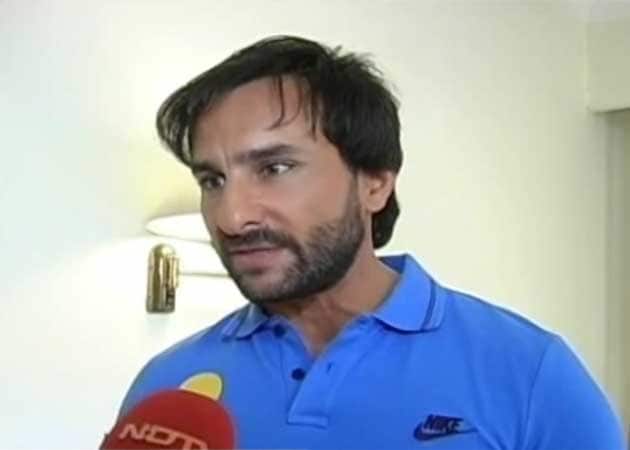 While industrywallah's were of the opinion that the couple skipped the event due to Kareena and Shahid's past, Saif had three other reasons to quote

Actor Saif Ali Khan was recently spotted in Mumbai playing ambassador for the 'Olympic Gold Quest' recently. At the event he felicitated medal winners from the recently concluded Asian Games.

The actor also spoke at length about how important it is to nurture sporting talent and provide them with adequate opportunities to practice and contend on a world stage. Saif believes there is no lack of potential but just the lack of facilities.

The actor was also quizzed about his absence from a recent event hosted by Vishal Bhardwaj. Both Saif and Kareena skipped the book launch event of the director's Shakespearean screen adaptations, which included Omkara and Haider. The event was attended by Vishal Bhardwaj's other favourites like actors Irrfan Khan, Pankaj Kapur, Tabu, among others. While industrywallah's were of the opinion that the couple skipped the event due to Kareena and Shahid's past, Saif had three other reasons to quote.

Saif said that, " First of all, I was shooting (at the time of the event) and secondly, I was told about it at the very last moment."

Whatever be the reasons given we can surely say that Saif was in no mood to boost Haider's success with his presence.