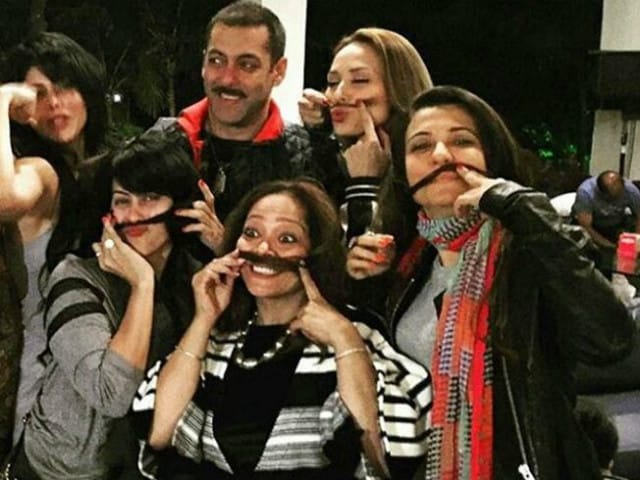 Salman Khan tweeted about wanting to appear on a reality show called The Farm (like Bigg Boss but with farm animals). The Romanian-language reality show features Salman's rumoured girlfriend Iulia Vantur as host and Bajrangi Bhaijaan was providing a spot of PR

By now, we ought to be used to actor Salman Khan's stream-of-consciousness Twitter style but we struggled to make sense of his latest cryptic tweet - about him wanting to appear on a reality show called The Farm (like Bigg Boss but with farm animals) - until we realised the 50-year-old actor had an ulterior motive.
The Romanian-language reality show features Salman's rumoured girlfriend Iulia Vantur as host and Bajrangi Bhaijaan was providing a spot of PR. Romanian television personality Iulia hosts the next season of the show starting Wednesday.
This is what Salman tweeted on February 17:


The show I've been wanting to do for longest time. It's like BiggBoss but on Farm.Kitna kuch kar sakte hai iske Sath https://t.co/BpQ9MdQBB9

Salman, who has hosted five seasons of Bigg Boss so far, has refused to acknowledge the rumoured romance even though he and Iulia have been spotted together a number of times in Mumbai. They were photographed driving to filmmaker Varun Dhawan's house in December last year. Iulia was also seen at Salman's Mumbai residence a day before the Bombay High Court's verdict on the 2002 hit-and-run case.
Iulia, who featured in a song in O Teri, produced by Salman's brother-in-law Atul Agnihotri, was a guest at Salman's 50th birthday party at his Panvel farm house on December 26. (Also Read: Things Iulia Vantur is Doing Salman Khan-Style These Days)
Salman, who was last seen in 2015's Prem Ratan Dhan Payo, is busy filming Sultan, which is scheduled to release on Eid 2016.