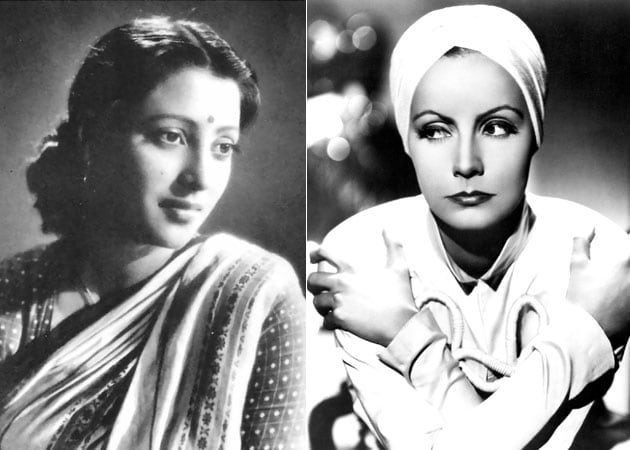 West Bengal Chief Minister Mamata Banerjee has become the only public personality in the last 35 years to have met reclusive actress Suchitra Sen.

West Bengal Chief Minister Mamata Banerjee has become the only public personality in the last 35 years to have met reclusive actress Suchitra Sen.
Sources close to the 82-year-old screen goddess who is often compared to Hollywood legend Greta Garbo for being a recluse told PTI that since 1978 only a handful of people have seen her face-to-face.
Mrs Sen's granddaughter-actress Raima Sen agreed that Mamata Banerjee is the only public personality who has been able to meet her grandmother, now recovering in super-speciality hospital following respiratory tract infection.
"It is very rare that she meets someone outside her family. So this was a very rare occasion," said Mrs Sen's close friend Gopal Roy adding that she met Mamata Banerjee out of respect for the chief minister.
Raima said she has "no idea" on what made her grandmother meet the chief minister. On Friday, the chief minister had visited Belle Vue Clinic where Mrs Sen is admitted but went away without meeting the actress.
When Sen learnt about Mamata's visit, she expressed the desire to meet her after which Mamata Banerjee rushed to the hospital and met her personally for around 25 minutes.
"I am undoubtedly fortunate enough to get an opportunity to meet her in person. I am overwhelmed and proud to meet the legendary actress whose films we have seen so many times. It is an emotional moment," Mamata Banerjee later wrote on her Facebook page.
After her 1978 movie Pronoy Pasha with Soumitra Chatterjee flopped, Mrs Sen disappeared from the public eye and reportedly even refused the Dadasaheb Phalke Award in 2005 to avoid a public appearance.
Suchitra Sen stays confined to her south Kolkata apartment and hardly anyone outside her close circuit has seen her in the last three decades.
Old-timers recall that when Bharat Maharaj of the Ramakrishna Mission passed away in 1989, she had walked barefoot at Belur Math, near Kolkata.
"The only other time she was seen in public was when she went out to vote," Roy said. Even whenever she is admitted to a hospital, a tight security is maintained so that no one can click a photograph or even see her face. Her reason for withdrawal from public life, however, remains a mystery. Having acted in 52 Bengali and seven Hindi films for three decades, Suchitra Sen is remembered for memorable roles in films like Devdas and Aandhi, Saat Paake Bandha, Agnipariksha, Saptopadi and Deep Jele Jai.