Why Sushant Singh Rajput And Kriti Sanon Are Such Good 'Friends'

"Kriti listens to everything happening in a scene intently and reacts to it and I try and do the same. This is the only reason I feel that most of the times the chemistry between us is appreciated," said Sushant 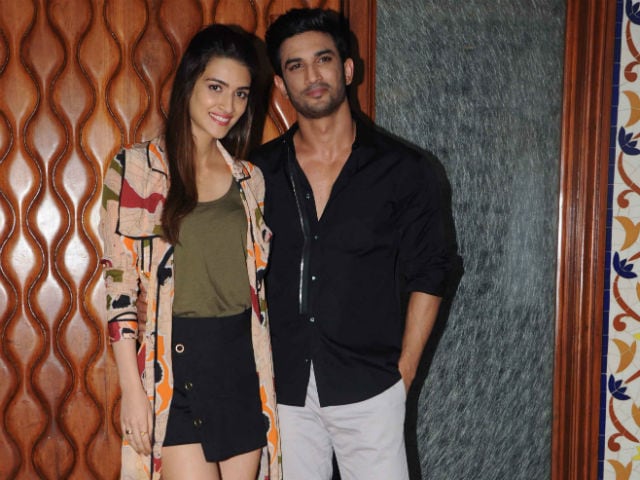 Actor Sushant Singh Rajput says that he shares a very special bond with his Raabta co-star Kriti Sanon as he feels that she is very transparent and hard-working. Kriti Sanon, 26, and Sushant Singh Rajput, 31, are also rumoured to be dating and are often spotted hanging out together. Earlier in April, Sushant was photographed taking Kriti out on a drive in his new Maserati. Directed by Dinesh Vijan, Raabta marks Sushant and Kriti's first project and is slated to hit screens this Friday. Ahead of that, talking about his co-star, Sushant revealed the secret behind their much-talked about on screen rapport.
Excerpts from the interview:
Q. The chemistry between you and Kriti is scorching and sizzling. Is there more to this on-screen chemistry than meets the eye?
Sushant: Kriti listens to everything happening in a scene intently and reacts to it and I try and do the same. This is the only reason I feel that most of the times the chemistry between us is appreciated. It was there even when we were auditioning together for the first time and didn't know each other.
Q. How would you define and describe your relationship with Kriti?
Sushant: Kriti is a very dear and a special friend. There are many things that we can talk about, and share similar passions. Delhi background, engineering, food, films. She is also very transparent and a very hard-working actor, which I absolutely admire.
Q.Raabta is a film about love afterlife. Do you still believe in eternal love?
Sushant: I don't believe in afterlife or reincarnation. I also can't make too much sense of life itself. But I genuinely feel if there's anything worth doing, it has to be for love.
Q.Raabta comes in the midst of an unprecedented wave of Hollywood biggies like