Why Swara Bhaskar's Role In Anaarkali Of Aarah Was 'Risky' 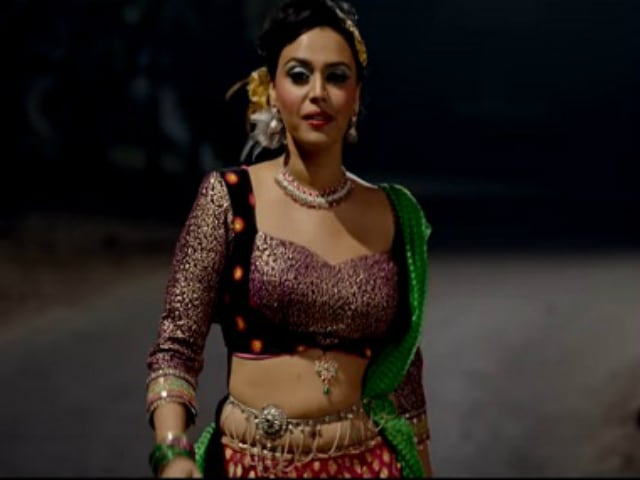 Swara Bhaskar in a still from Anaarkali Of Aarah

Actress Swara Bhaskar, who is being widely applauded for her performance in her last release Anaarkali Of Aarah, has revealed that taking up the role was a "risk." Swara told news agency IANS that there are many other women-centric films to which people easily relate but coming up with a movie, which is based on "female self-expression in a sexual sense", was "risky." The Ranjhanaa actress was quoted by IANS as saying: "Female self-expression in a sexual sense was the dominant theme of the film and that I say is risky." In the film, Swara, 29, portrays the role of an erotic singer, who chooses to fight against the molestation she faces by a powerful man of the society.
Swara, who played remarkable roles in movies like Tanu Weds Manu and Ranjhanaa, explained the reason behind the risk of playing the role of a village dancer. "There are a lot of female-centric films being made, a lot of them trying to pick up the issue of sexuality, but they are kind of safe. They are picking up protagonists we can relate to, the multiplex crowd relates to that protagonist or it is very sweet subject that is emotional, that is about family, friendship and friends or it's the working girls who we all can relate to. Who relates to this Aarah, desi, foul-mouthed, Bihari dialect, spewing pan and beedi smoking like a characterless woman?" the actress was quoted by IANS as saying.
Swara Bhaskar will next be seen in Shashank Ghosh's Veere Di Wedding, co-starring Sonam Kapoor and Kareena Kapoor.
(With IANS inputs)