Why There's No Salman Khan in Brother Sohail's Freaky Ali

"The reason behind this is simple. Freaky Ali is a simple film and Salman Khan is a larger than life star," said Sohail 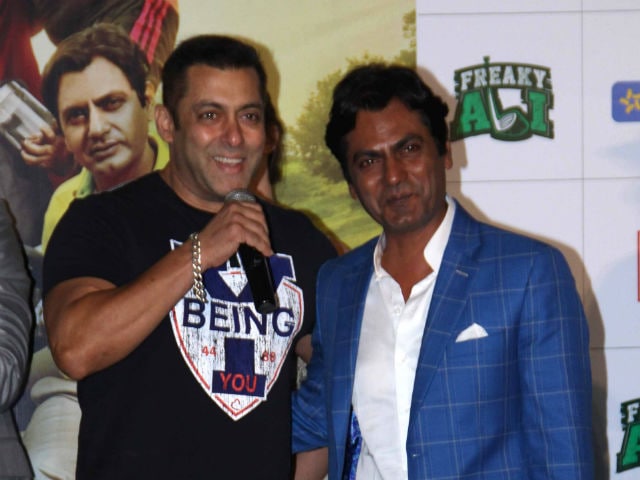 Sohail Khan has directed big brother Salman Khan in four films, the last being Jai Ho in 2014 - film that fetched him almost 200 crores at the domestic box office. So why did he not think of Salman Khan in the lead when he decided on Freaky Ali?
"The reason behind this is simple. Freaky Ali is a simple film and Salman Khan is a larger than life star," he said.
Now, there's no disputing the fact that Salman is a larger than life star. But if one looks at his choice of films recently, Khan has excelled in roles where he isn't required to bash the bad guys. Both Bajrangi Bhaijaan and Sultan have fared excellently with both critics and the masses, and both these films had Salman play the underdog. The reason perhaps, lies elsewhere and Sohail soon pointed us in that direction.
"A big film takes anywhere between 6 months to a year to reach the silver screen. We shot Freaky Ali in 45 days straight," said Sohail.
The larger than life status of Salman Khan and his films can be measured by the fact that Tubelight will release in Eid 2017. The film's director Kabir Khan has been in pre-production since the release of Bajrangi Bhaijaan and the film has only just completed its first schedule in Ladakh.
For the Sooraj Pancholi and Athiya Shetty launch-pad Hero, Salman had at, at least, lent his voice to the film's title track. For Freaky Ali Sohail decided against using Khan at all.
"I didn't want Salman to take the attention away from the film. So we have only used the Salman Khan banner and the rest is all about the film and its lovable characters," he said.