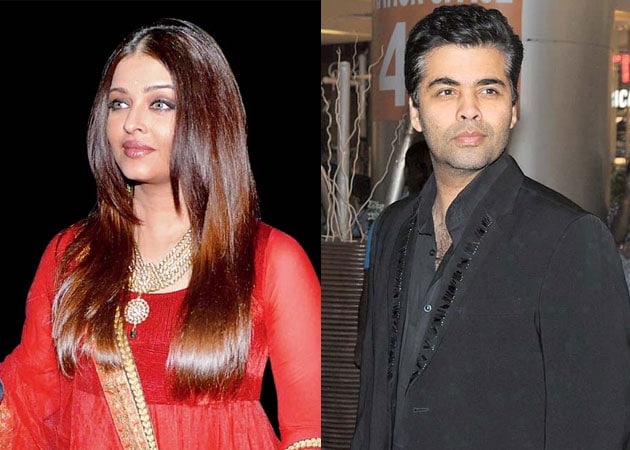 Apparently Ash is seriously considering taking up the offer, as she is keen to work with Karan Johar for the first time ever.

According to sources Karan Johar has offered Aishwarya Rai Bachchan his next film that could mark her comeback in Bollywood.

Aishwarya Rai Bachchan could finally become part of a Karan Johar movie. According to sources, Karan Johar met with Ash at a recent bash and offered her his next project.
This film could become Aishwarya's comeback vehicle after she gave birth to Aaradhya more than a year back. It was during the party organised by Mukesh Ambani recently that the two met and discussed business.
According to the source: "Aishwarya was pleasantly surprised with the offer. They spoke at length about the movie that he intends to direct next. The script is currently being written. He intends to start the project by the year-end."
Apparently Ash is seriously considering taking up the offer, as she is keen to work with Karan Johar for the first time ever.
Incidentally, Sanjay Leela Bhansali and Rajkumar Santoshi are also keen to work with Ash and have offered her their respective films.
However, a source close to Karan Johar said no such development has taken place. "There is no such film as Karan is currently busy with his short film," said the source.
Both Karan and Aishwarya remained unavailable for comment.