Will There Be a Sequel to Dishoom? John Abraham Says...

"To be an action hero, you have to look like an action hero and you need to have that physicality and look. People should be scared when you look at them. If you don't have that, then just dance and don't do action," said John Abraham 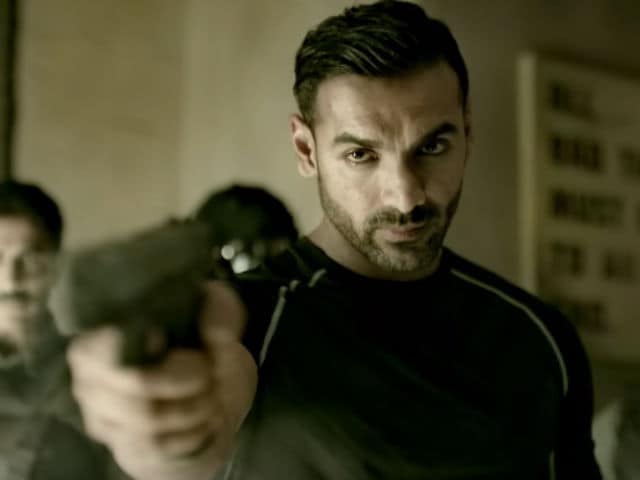 John Abraham in a still from Dishoom.

He is one of the most popular action stars in Bollywood but actor John Abraham said that his style is not just about packing punches, but also about carrying the right attitude.
"When it comes to action, I give a lot of inputs. I have done this since the beginning of my career because I understand this space easily. It comes naturally to me. In an action hero, it's not just about what action skills he has but about the attitude he has," John told PTI.
"To be an action hero, you have to look like an action hero and you need to have that physicality and look. People should be scared when you look at them. If you don't have that, then just dance and don't do action," added John.
John said that he doesn't have to show off his body always.
"Having a body comes naturally to me. I don't have to show my body always. I am built in a certain way. It is easy to carry it off. My physicality is so overpowering that it takes away from everything else. People felt I was perfect in Dishoom," said John.
John loved working with Varun Dhawan in the movie, which was directed by Varun's brother Rohit.
"I think Dishoom reminds one about films like Men in Black, Lethal Weapon and Bad Boys. After a long time, you are seeing a buddy-cop film. People are loving the chemistry between Varun and me. They loved the last scene," he said.
John feels Dishoom, an action-adventure film, has the scope of becoming a big franchise.
"Varun and I want to continue with this film. Sajid Nadiadwala (producer) also wants to do it but our director Rohit Dhawan wants to go on a holiday. I am sure Rohit too wants to make another Dishoom. I think there will be Dishoom 8. When I come on board for a film, I can understand which one can be turned into a franchise and which one cannot," said John.
To gauge the reaction of the audience, John recently went to see Dishoom in a single-screen theatre.
"To watch the film with the crowd is amazing. I wanted to see the reaction. So I took an auto and went to Gaiety theatre. When I went, people came out of the theatre and I had to run out. But the reaction is positive," he said.
John is quite happy about Dishoom's commercial success.
"The collection is pretty good as it has been raining since the past few days. And Mysore, Bengaluru and Gurgaon circuit is shut due to rains. So we lost a lot of money," he said.
"The fact is that it is not a franchise and that it's a different film, it has got a different grammar to it. It's fantastic with the kind of response that we have got. The credit goes to our director Rohit Dhawan," said John.
Apparently, critics felt that Dishoom had lesser number of action sequences.
"People expected and told me that since John Abraham is there in the film, so in the beginning there should be a punch scene. But Rohit Dhawan has a different idea of making a film. Rohit wanted flying out and attitude, and I agree with him. In Dishoom, it was more about attitude than punches. There were people who missed action but Rohit Dhawan was right in his own way. Dishoom did have action," said John Abraham.
Dishoom, which also starred Jacqueline Fernandez, released on July 29.
(Except for the headline, this story has not been edited by NDTV staff and is published from a syndicated feed.)