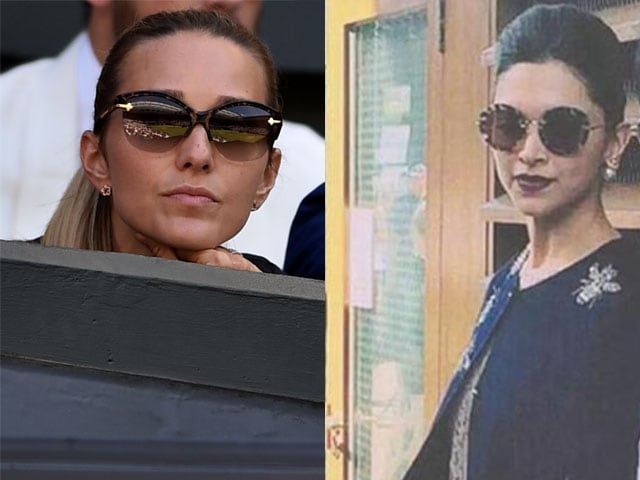 They seemed to have a lot to talk about

Bollywood actress Deepika Padukone and her family were photographed chatting with Jelena Ristic, wife of defending champion Novak Djokovic on July 10, the same day that the Serbian top seed reached his fourth Wimbledon final after trouncing French player Richard Gasquet.
They seemed to have a lot to talk about.
In this picture, posted by a fan club, Deepika and her father, former Badminton ace Prakash Padukone, seem engrossed in conversation with Jelena while her sister Anisha stands nearby.


[PIC] Deepika talking to Jelena Djokovic at Wimbledon today Her dad and sister can also been seen. (Tfs @vanedit) pic.twitter.com/J9qI1eMWHm

Jelena, a former swimwear model, has been Novac's constant companion, cheering for her man at nearly every major tennis tournament over the years. Novak Djokovic will face seven-time winner Roger Federer in Sunday's final.
Other high-profile celebrities from India who were spotted at the Wimbledon included cricket maestro Sachin Tendulkar and his wife Anjali and Virat Kohli and his girlfriend, actress Anushka Sharma.
Meanwhile, Deepika and Anshula, who are in London on a vacation, were also photographed having a meal at a restaurant.