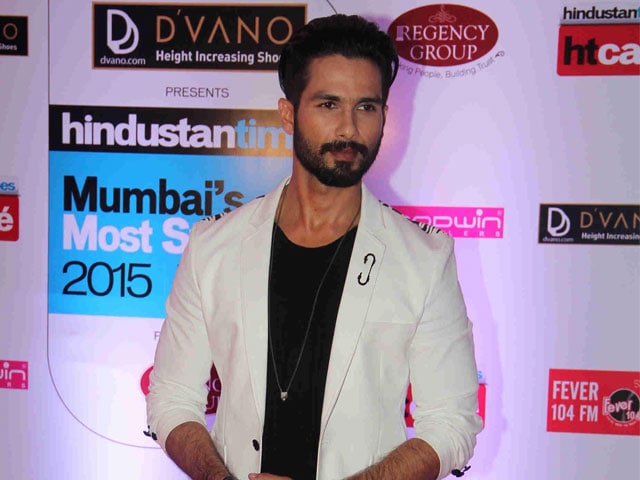 Shahid also said that he was not engaged

It's official. Actor Shahid Kapoor is getting married to Delhi student Mira Rajput and the wedding date is set for the end of the year.

At an awards show in Mumbai, Shahid said, "No, I am not engaged but what you are reading is kind of true as marriage is on the cards at the end of the year." (Also Read: Shahid Kapoor Reportedly Engaged to Marry Delhi Student Mira Rajput)

When asked what was so special about the lovely young lady who had captured his heart, the actor said, "I'll refrain from getting into details. I hope you respect that. I'm here today and I thought it was important for me to acknowledge it in front of the media. Other than that I'm just a normal guy, she's just a normal girl and we should treat it like that. I'm very happy."

Shahid, 34, and Mira met through the Radha Soami Satsang, a religious group to which their families belong.

Little is known about Mira, who is believed to be in her third year at Delhi's prestigious Lady Shri Ram College. Shahid's father, actor Pankaj Kapur, reportedly met Mira's family at their residence in the Delhi suburb of Chhatarpur some days ago.