Sridevi's elder daughter Jhanvi will reportedly feature in the remake of critically acclaimed Marathi film Sairat. The film will be produced by Karan Johar 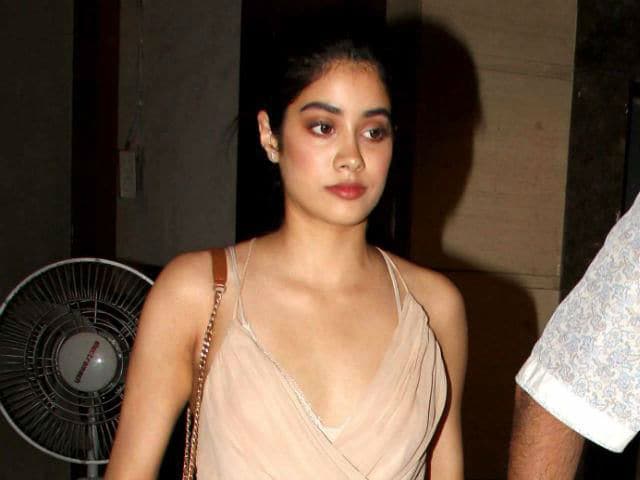 The rumours are apparently true. Sridevi's elder daughter Jhanvi Kapoor is aiming for the stars and will be launched in Bollywood by filmmaker Karan Johar, reports DNA. The film in question is reportedly the Hindi remake of Marathi hit Sairat but while Jhanvi's father Boney Kapoor confirmed that Karan is to handle her debut, he wasn't sure if it would be the Sairat remake. Jhanvi, 19, is the elder of Sridevi and producer Boney Kapoor's two daughters and is an object of great interest for both the film industry and social media.
DNA quotes Boney Kapoor as saying, "Yes, Karan has been talking to us about a film for Jhanvi and we've given consent. But we don't know which project it would be. Since Karan has recently acquired the remake rights of Sairat it is being presumed that our daughter would be launched in this project."
He also said that star kids have it tough because they are always compared to their famous parents but that Jhanvi has inherited Sridevi's "focus and concentration."
In September 2015, Sridevi dismissed rumours that Jhanvi was to debut opposite Mammootty's son Dulquer Salmaan in a Malayalam film. "She (Jhanvi) has just completed graduation. Her focus should be on education now. Contrary to reports, she hasn't signed any film yet. She's young and it's too early for her to think about acting," Sridevi told news agency IANS.
"If it has to happen, she will enter films. I never planned to be an actress," said Sridevi, now 53, who started out as very young - at four, she was a child artiste; at 13, she was cast in her first lead role opposite Rajinikanth and Kamal Haasan in Moondru Mudichu.
Jhanvi and her sister Khushi Kapoor are often photographed at social events with their mother. In the last few months, Jhanvi has been spotted at dinner with her parents, at the airport and at the screening of Mirzya, in which her cousin Harshvardhan Kapoor made his debut.

Jhanvi photographed with Boney Kapoor and Sridevi in Mumbai.

Karan Johar is accomplished at supervising debuts, having overseen the launches of Alia Bhatt, Varun Dhawan and Sidharth Malhotra. Sairat, which deals with casteism, released earlier this year to great acclaim and is Marathi cinema's biggest hit so far. It will be remade in Telugu, Kannada, Punjabi, Tamil and Malayalam.